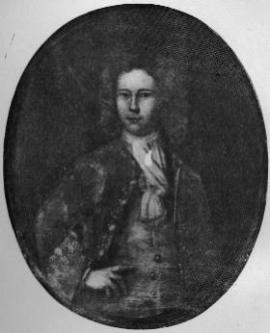 Dublin is a city well used to rakes – those of the gambling, womanizing and carousing kind rather than the garden variety.

One of the most accomplished of the breed was Thomas ‘Buck’ Whaley, born in 1766 and son of Richard Chapell Whaley. Buck’s father, an affiliate of the infamous Hellfire Club, earned himself the nickname Burn-Chapel Whaley because one of his favourite forms of amusement was to set fire to Catholic churches.

When it came to the exploits of his son Thomas the apple did not fall far from the tree.

In 1788 he accepted a £15,000 bet from William Fitzgerald, Duke of Leinster, that he would not make the perilous journey to Jerusalem and return with evidence of his success in reaching the holy city. The sum of money involved would be worth about £2m today. He set off in October and was back in Dublin by the following summer to collect his winnings and earn himself the nickname ‘Jerusalem’ Whaley.

Whaley once rode a horse out of a third floor window to win a bet. The buck survived with a mere broken leg. The colt wasn’t so lucky.

A member of the Irish parliament for Newcastle, Co.Dublin at the age 18 of his gambling debts forced him to leave the country in 1790. He built a house for himself on the Isle of Man but did so using soil transported from Ireland. This allowed him to claim on another wager that he could ‘live upon Irish ground without residing in Ireland.’

His fortunes improved in 1798, he returned to Ireland and was elected to the House of Commons for the borough of Enniscorthy. He is said to have accepted bribes to vote both for and against the Act of Union. However, he was hardly unique in that respect.

Whaley passed away in 1800. The cause of his death has been ascribed to liver failure brought on by excessive drinking, a knife wound administered by a woman he had ‘won’ in a  bet with the Prince of Wales or the more prosaic rheumatic fever. Before he went to his reward, whatever that might have been, he wrote his highly entertaining memoirs. These were, however, seized by concerned family members and didn’t see the light of day until 1906.

Buck Whaley, bon viveur, gambler, rake and a chip off the old block, died 213 years ago, on this day. 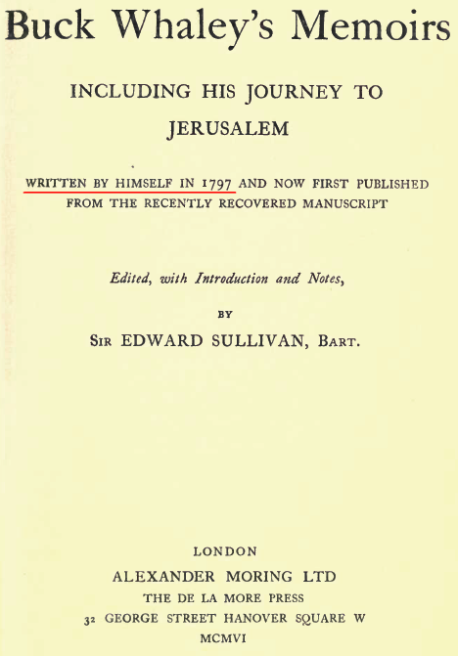