The small picturesque coastal town of Ballyheigue in Co.Kerry is close to Banna Strand which briefly played host to Sir Roger Casement in Easter Week of 1916, before he was rounded up by the RIC and escorted to London to be hanged on 4 August. Another ill-fated tourist in the area, in 1731, was a Danish ship named the Golden Lion, en route from Copenhagen to India, which made an impromptu visit to an inconvenient sandbank and never left. It’s by far the most interesting of some twenty-six shipwrecked vessels around the village.

What made the story of the Golden Lion so compelling was the fact that, in addition to its captain Johan Heitman and the eighty-six other Danish crew-members it also carried twelve sizeable chests loaded with silver bullion.

Although the ship was not entirely wrecked and might well have been floated off the rocks, the locals were having none of it. Their hospitality knew no bounds when they discovered what the cargo was composed of. The 87 Danes were rapidly rescued and far more generously treated than their marauding 9th and 10th century predecessors would have been had they been spotted off the Kerry coast.

Not that the local grandee, Thomas Crosbie, was fooled by the willingness of the local population to share their meagre fare with their Viking guests. He smelled a rat and decided that the locals were up to no good. He raced, post haste, to the beach where the Golden Lion lay stranded and chased away anyone he felt might have designs upon the cargo. He then spirited away the bullion himself, for safe keeping of course. But then that was all right wasn’t it, because he was an avaricious landlord and not a starving peasant. Contemporary records refer to the Good Samaritan Crosbie as having ‘[gone] to the strand, [driven] back possible villains, comforted the sailors and had the silver transported to his own home’

The silver was held in a tower on Crosbie’s premises until arrangements could be made to get it somewhere safer. Undoubtedly the entirely altruistic aristocrat – if that isn’t a contradiction in terms – had no intention of claiming any reward for his act of mercy. Hopefully that was the case anyway as he never got an opportunity to stake any such claim owing to the fact that the silver was nicked. Tragically, given the scale of his generosity and public-spiritedness, Crosbie died before he got a chance to restore the bullion to its rightful owners. Whatever Crosbie’s intentions might have been his widow was not at all philanthropic. She demanded salvage payments from the Danish owners. Choosing to ignore the role of Thomas Crosbie in saving their dosh from the depredations of the north Kerry peasantry the Danes counter-claimed that the ship and its contents were not salvage as it had not been in danger of sinking – which was rather beside the point really.

While the matter was being adjudicated around a hundred enterprising locals decided to intervene. Now Ballyheigue also happens to have been the birthplace of the great Irish economist Richard Cantillon – who invented the word ‘entrepreneur’. He might well have described this group in such terms. Most of the North Kerry entrepreneurial class, albeit with blackened faces, surrounded the Crosbie household, broke into the tower, killed two of the Danish guards and made off with the loot on carts. Cantillon wrote in the early 18th century about the movement of gold and silver through the economy. However this was probably not the sort of movement he had in mind.

The theft was believed to have been carried out by certain members of the Kerry upper crust. Sir Maurice Crosbie of Ardfert, a relative of the late lamented Thomas, conducted an investigation. The Danish Asiatic Company offered a generous reward of 10 per cent of the value of the cargo for its recovery. One of the alleged robbers turned states evidence and ten men were charged with the theft. All were acquitted at a subsequent trial in Dublin that was a bizarre saga itself, involving, perjury, suicide and the suspected poisoning of a witness.

To date just over £7000 worth of the bullion has been recovered. It may well have all been melted down by now or transported out of the area. However, far be it from me to spark a stampede of silver prospectors to the pristine Kerry coastline, but there has to be an outside chance that it might be buried somewhere near Ballyheigue. Think about that one for a moment.

The Revenue Commissioners announced that the Golden Lion had been robbed of its cargo 285 years ago, on this day 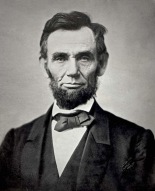 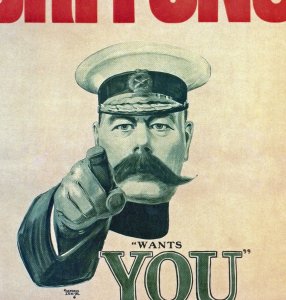 A number of highly significant Irishmen died violently in 1916 – Patrick Pearse, Tom Clarke, James Connolly and their associates to name but a few who were shot in May. Pacifist Francis Sheehy Skeffington had been summarily executed during the Rising. His brother in law Tom Kettle, barrister, poet and former MP followed them all in September when he died at the Battle of Ginchy on the Western front.

In between, another famous Irishman came to an unfortunate end. However not many people realise that Herbert, Lord Kitchener, hero of Omdurman, scourge of the Boers and Secretary of State for War in the British Cabinet was actually Irish. It was not something he tended to highlight himself.

But he was, in fact, as much a Kerryman as Mick O’Dwyer or John B.Keane. He was born Horatio Herbert Kitchener on 24 June 1850 in Ballylongford, near Listowel. His father, Lt.Col. Henry Horatio Kitchener, had purchased land under the terms of the Encumbered Estates Act designed to buy out bankrupt property owners after the Famine – so a sort of 19th century NAMA.

Kitchener left Kerry at the age of fourteen when the family moved to Switzerland for the health of his ailing mother. The future war lord nurtured a similar attitude to his native land as had that other great 19th century military figure, the Duke of Wellington, who allegedly observed of his Irish birth that, ‘being born in a stable does not make one a horse’. His dislike of the Irish, of course, did not stop Kitchener, like a lot of other Anglo-Irish grandees with a minimal knowledge of the country of their birth, from claiming to have an informed insight into how the country should be governed. Kitchener was for lots of stick and very little carrot.

Not that his counsel on the subject would have been widely canvassed. Kitchener made his reputation in faraway wars, starting with the Sudan and his victory at the Battle of Omdurman in 1898. There he showed his compassionate side by digging up the remains of the Mahdi, slayer of General Gordon in the 1880s humiliation of Khartoum, and having his bones scattered. Even Winston Churchill, not renowned for his squeamishness, who was covering the war as a reporter, was disgusted with the slaughter of, in particular, Sudanese prisoners.

The de facto Kerryman also made his presence felt in the Boer War where his scorched earth policy and his creation of concentration camps brought the Boers to their knees in the most ruthless possible fashion. Kitchener didn’t have much time for uppity colonials.

When WW1 broke out Kitchener was quickly appointed Secretary of State for War and his iconic moustache and index finger were used as recruiting devices on the famous ‘Your country needs you’ posters.’

In a final gesture of solidarity with his native land Kitchener refused all requests for the incorporation of the southern Irish Volunteers as a unit into his New Army, despite the passage of the Home Rule act before hostilities commenced. The Ulster Volunteers however, signatories of a covenant pledging opposition to a democratic decision taken by the British parliament, became the 36th Ulster division. Consistency to Kitchener was as dangerous a vice as sentimentality.

Kitchener, who harboured a pathological hatred of journalists probably owed his appointment to the Cabinet in 1914 to a newspaper campaign designed to force the Liberal government to put this crusty old Tory in charge of the Army and Navy. Having created him the newspapers of the Press Baron Lord Northcliffe, the Dublin born Alfred Harmsworth from Chapelizod, sought to undo their own handiwork when they campaigned against him in 1915, blaming the Secretary of State for War for a chronic shortage of shells on the western front. The public sided with the most famous moustache in history and burned copies of the Times and Mail in the streets.

In June 1916 Kitchener set sail for talks in Russia on board the HMS Hampshire. The ship hit a German mine and sank, taking the Secretary of State for War with it. The reluctant Kerryman died 99 years ago, on this day. 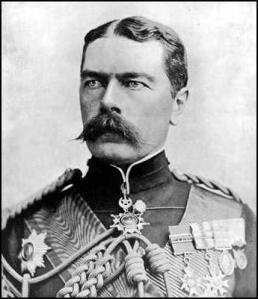