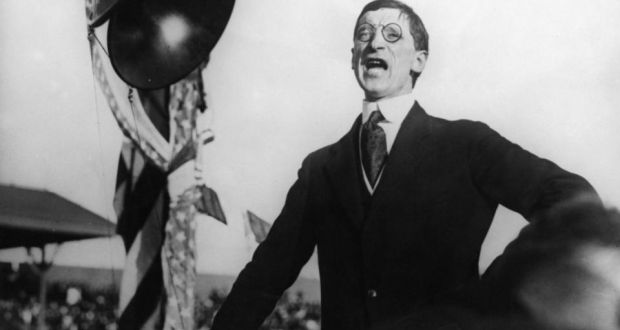 One of the most successful Irish movies of the year has been the adaptation of Colm Toibín’s novel Brooklyn. But that borough of the city of New York has a much more compelling Irish association. It was the chosen destination of an Irish immigrant Catherine Coll, from Co. Limerick, and it was from there that she met a young Spanish sculptor, got married and had a son in 1882. That son, their only child, went on to become the dominant Irish political personality of the 20th century, Eamon de Valera.

Not that the young de Valera, named Edward by his parents, knew much about his mother Catherine and his father Vivion. The latter was dead by the time he was three and his mother was forced by economic circumstances to have her son sent to Ireland in 1885 to be brought up by relatives in Bruree, Co. Limerick. There he was known as Eddie Coll. He later became a scholarship boy in Blackrock College where he was to become a teacher. In the 1911 census he was still Edward de Valera but his involvement in the Gaelic League sparked an increased interest in Irish. Until the formation of the Irish Volunteers in 1913 his politics were those of Home Rule, but the transformation of his philosophy was ultimately to lead to his command of the 3rd Battalion of the Volunteers in the Easter Rising of 1916.

Despite the execution of men far more junior than he de Valera survived the violent aftermath of the Rising. There is a myth that his death sentence was commuted because of his American citizenship. In fact it was more to do with timing and happenstance. In the wake of the controversial execution of James Connolly when General Sir John Maxwell, British military governor in Ireland, asked the young Irish prosecutor William Wylie whether de Valera should be shot on the basis that he might cause trouble in the future, Wylie made the memorable but hardly clairvoyant observation ‘I wouldn’t think so, sir, I don’t think he is important enough. From all I can hear he is not one of the leaders.’

After 1916 his star was in the ascendant. He won the East Clare by-election in 1917, led Sinn Fein to a sweeping victory in the 1918 General Election and escaped from Lincoln Jail in 1919. But his personality often let him down. In Lincoln Prison he made few friends among his fellow Republican inmates. Famously, in the exercise yard, he played handball alone. When he went to the USA after his escape, to raise funds and awareness, he succeeded in falling out with the political leaders of Irish America, John Devoy and Daniel Cohalan.

Never too far from controversy his decision in late 1921 not to accompany the Irish delegation to the London peace talks has been condemned, justifiably or otherwise, as a convenient cop out designed to ensure he remained untarnished by the inevitable fudge of the Treaty. His subsequent rejection of the agreement signed by Collins and Griffith, and the counter proposals of his ‘Document Number 2’, have been criticized as Jesuitical and self-serving.

He was largely sidelined during the Civil War – notwithstanding the contrary evidence advanced by the plot of Neil Jordan’s film Michael Collins – and seemed to depart from the principles he had enunciated in January 1922 when, in 1926, he and his followers took their seats in the Dail. This was essentially the governing parliament of a state that fell far short of the Republic for which he had argued in the divisive debate over the Treaty.

1932 saw the perennial poacher turn long-term gamekeeper when Fianna Fail won the General Election that year. Bar two brief periods of multi-party coalition he led the country for the next twenty-seven years, wrote the constitution that still, more or less, governs us today, and can be accused of presiding over an economy only rescued from stagnation by his successor Sean Lemass.

But he also, arguably, had the nous and the courage to lead Ireland through an economic war with our nearest neighbor in the 1930s, and to keep the country neutral during World War Two, as well as a number of other significant achievements.

Like or loathe him you cannot ignore Eamon de Valera – a much more impressive name for a political leader, it has to be said, than Eddie Coll.

Eamon de Valera, was born in New York one hundred and thirty four years ago, on this day. 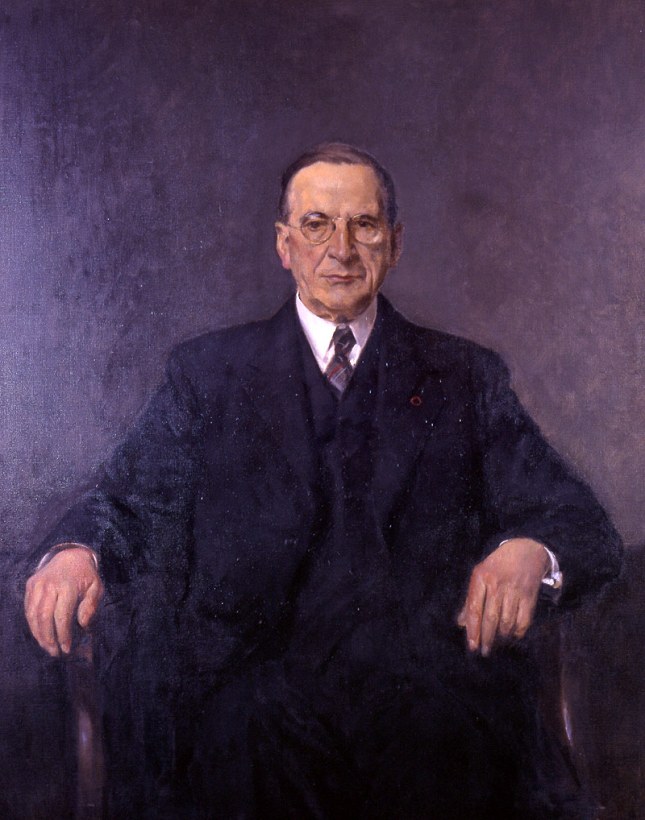 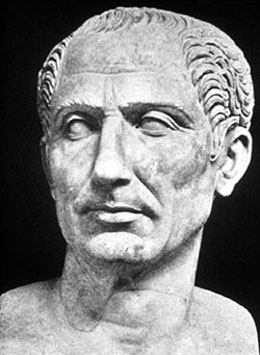 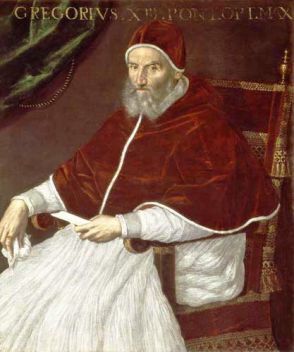 Depending on your point of view today is either 7 October 2016 or 27 September. If you are a big fan of Julius Caesar and swear by his mathematical calculations, then it’s the latter. If, however, you go along with Pope Gregory XIII, then it’s the former.

Without wishing to cause offence or any unnecessary hurt to Caesarians most of us tend to go along with the Pope on this one. It all depends on how you calculate time. In 45 BC Julius Caesar, the one who died on the Ides of March – whatever they were – introduced a calendar that had 365 days and allowed for a leap year every four years. And what’s wrong with that, you might ask?

Given that Julius Caesar was stabbed to death by Brutus, Cassius and one or two others the following year he never realised that because of this slight discrepancy, over the years that followed, time got a bit out of whack. For one thing Easter, the ultimate movable feast, was getting later every year. At some point it would inevitably coincide with Christmas Day. Action was required and Pope Gregory XIII got off his Vatican throne and did something about it. Accordingly, across most of Europe, people went to bed on 4 October, 1582 and woke up on the 15th.

However, in a rather significant Brexit the English decided that they would have nothing to do with a calendar devised by the Antichrist himself. Instead they decided to render unto Caesar the things that were Caesar’s – starting with his calendar. As the English Crown claimed Ireland, a gift from the Pope in 1155, we were stuck with the old calendar too.

Of course things got really confusing when it came to Irish rebellions. As the rebels were invariably Catholic their wars were fought according to the new calendar devised under the auspices of Pope Gregory. This, presumably, made it easier to identify an Irish Catholic rebel. You just asked him the date.

So, for example, the Battle of Kinsale was, according to the English side, fought on Christmas Eve 1601. But the clash contested and lost by the forces of Hugh O’Neill and Hugh O’Donnell, as well as their Spanish allies, didn’t even take place the same year. The Irish fought the Battle of Kinsale on 3 January 1602.

The English, and by extension the Irish, didn’t come into line with the Gregorian Calendar until 1752. Don’t be too shocked if they suddenly change their minds some day and revert to the Julian calendar.

Not that the Irish are wedded to ancient history or anything like that but the calendar switch is often cited as having huge philosophical significance in the context of the first day of the Battle of the Somme. On that occasion, 1 July 1916, the 36th Ulster Division went over the top at Thiepval. More than two thousand of them never came back. The date became part of Ulster Unionist folklore. However, it was pointed out at the time that if you ignored the Pope’s calendar – something your average unionist didn’t have much of a problem with – the 1 July 1916 was actually the anniversary of 12 July, 1690 when King William led his Protestant forces to victory against the Catholic Army of King James. The battle had actually had been fought on the First of July 1690, according to King Billy and his followers.

Because of his decision to toss out the calendar of Julius Caesar, and the consequent loss of ten days, Pope Gregory XIII ensured that absolutely nothing happened four hundred and thirty four years ago, on this day. 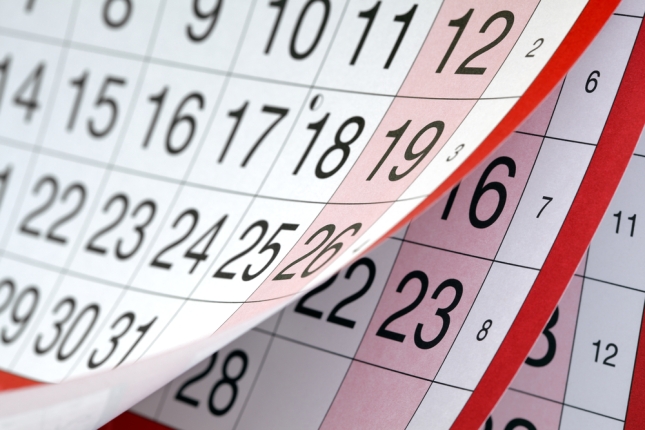