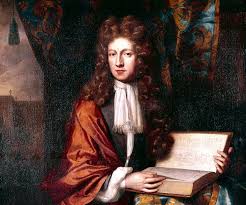 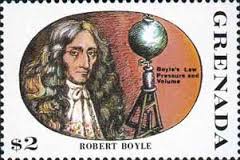 Boyle was one of the most extraordinary and influential Irish-born scientists – in the paper with the semi-poetic title he was experimenting with a vacuum chamber and assessing the impact of the withdrawal of air on light, flame and living creatures. Not very healthy in the latter case would have been one of the conclusions, no doubt.

Boyle was the fourteenth child and seventh son of the Great Earl of Cork, Richard Boyle, buccaneer, con-man, adventurer, consummate politician and soldier. Born in the picturesque surroundings of Lismore Castle in Waterford the young Boyle was dispatched to Eton at the age of eight and, thereafter, spent only a few years in Ireland. While Dad was cheating, lying, bullying and finagling his way to a huge fortune and almost unparalleled political influence young Robert was playing with his chemistry set. Out of this work came recognition as the first modern chemist and the formula for which he is best known and which is named after him, Boyle’s Law – of which more anon.

Boyle, along with a private tutor, Robert Carew, with whom he could converse in Irish, did the Grand Tour of Europe in his mid-teens in an era well before the Grand Tour became the norm for aristocratic families. In the course of his extended vacation he visited Florence in 1641 where he may have met an elderly Galileo Galilei. As an aspiring scientist he did try to live and work in Ireland but gave up in 1654, describing the land of his birth as ‘a barbarous country where chemical spirits were so misunderstood and chemical instruments so unprocurable that it was hard to have any Hermetic thoughts in it.’

From the early 1650s Boyle devoted himself to science and to a variety of potential inventions – according to his own notes his experiments included research into  ‘the prolongation of life’, ‘the art of flying’, ‘perpetual light’, ‘a certain way of finding longitudes’ and ‘potent drugs to alter or exalt imagination’ – had he been able to paint he might have been a new Leonardo da Vinci, had he been born a few hundred years later – given the latter topic –  he might have been Timothy Leary.

In 1662 he used an air pump built by his assistant Robert Hooke to come up with the axiom that bears his name – It goes thus –  ‘For a fixed amount of a gas kept at a fixed temperature, pressure and volume are inversely proportional.’ – and that’s as deeply as we are going to go because I’m already well outside my comfort zone. In coming up with Boyle’s Law he got in fourteen years ahead of the French scientist Edme Mariotte who came to the same conclusion, otherwise the principle would today be known as Mariotte’s Law and Robert Boyle would be familiar only to chemists as an early innovator.

As if all that wasn’t enough Boyle was also a philosopher and theologian – though his work in those areas did attract a certain amount of opprobrium. His 1665 Occasional Reflections upon Several Subjects was lampooned by Jonathan Swift in his own Meditation Upon a Broomstick.

But of probably greater significance was the work he produced in 1661, the year before the publication of Boyle’s Law, this was called The Sceptical Chemist in which he hypothesized that matter consisted of atoms and clusters of atoms in motion. Not bad for someone writing more than three and a half centuries ago. The Boyle Medal for Science has been presented in his honour since 1899.

Robert Boyle, the Father of Chemistry, died three hundred and twenty five years ago, on this day. 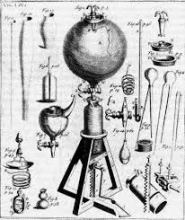 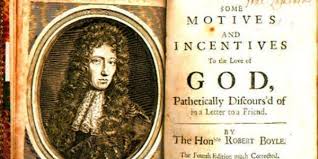