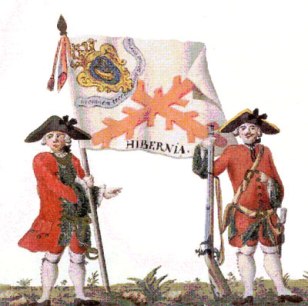 When Ireland play France in rugby in Dublin every two years it’s usually an opportunity for thousands of French rugby supporters to fly from Paris and other parts of France to support their team. To ensure that the planes don’t return empty many Irish tourists – presumably not rugby supporters – take advantage of heavily discounted fares to spend a few days in France.

This is something akin to what happened in April 1690 when 5000 Irish soldiers, sailed from Ireland to France on the ships that had bought 6000 French soldiers in the opposite direction.

Louis XIV of France – the famous Sun King – was conducting a war in Holland but had still offered support to the recently supplanted English King, James II, in his struggle with William of Orange for the throne of England. Louis was willing to send French troops to Ireland to assist the cause of the Catholic King James (whose alliance with France, incidentally, made him an enemy of the Vatican – which meant that King Billy and the Pope were actually on the same side in the Williamite wars). However the Sun King was not prepared to forego 6000 men in his fight with the Dutch so he demanded an equivalent number of Irish troops to replace his own men sailing to Ireland.

Why not just hang on to your own soldiers rather than making a direct swop? A very good question. The answer will be found in the footnotes at the end of this piece. If you can find the footnotes. The 5000 Irishmen became the basis for the Irish Brigades who fought in the French Army for the next century. This first detachment of the so-called ‘Wild Geese’ was led by Justin McCarthy (aka Lord Mountcashel), Daniel O’Brien and Arthur Dillon. After the Treaty of Limerick and the collapse of the resistance of the Jacobite forces in Ireland they were joined by the celebrated Irish General, Patrick Sarsfield, the Earl of Lucan.

McCarthy was a charismatic individual who had been brought up in France when his father, Donough McCarthy, had left Ireland in the 1650’s because he had incurred the wrath of Oliver Cromwell and it would have been unhealthy for him to remain in Ireland. The confiscated McCarthy estates were returned after the restoration of the crown in England. However when the infamous Titus Oates accused numerous Catholic peers of plotting to murder King Charles II Mountcashel emulated his father and returned to the safety of France. It was a wise decision on his part. More than 20 alleged conspirators were executed before Oates was found guilty of perjury. Although Mountcashel commanded Louis’ Irish Brigade his service to French King was hampered by chronically bad eyesight and a wound received while fighting in the south of France. He died in 1694.

Patrick Sarsfield, created Earl of Lucan by King James when it was too late to derive much benefit from it, had an even briefer career on the continent. Sarsfield had distinguished himself in the Jacobite wars as one of the best generals in the army assembled on behalf of King James. He was, accordingly, commissioned as a Lieutenant General in the army of King Louis and sent to fight in Flanders. There he died of his wounds after the Battle of Landen in 1693. More than a century and a half later, his great great great great grandson, Michael Corcoran, would lead another Irish Brigade, this one serving in the Union Army in the American Civil War.

The first ‘Wild Geese’, a force of 5000 Irish Jacobite soldiers, sailed for France 324 years ago, on this day. 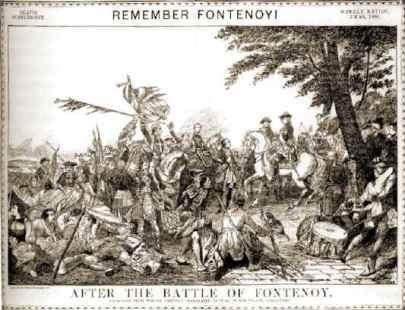