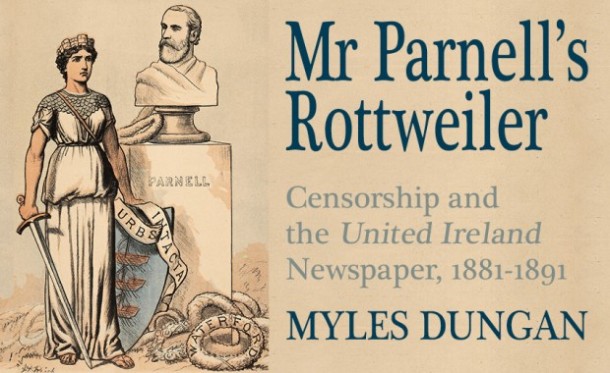 My thanks indeed to the Press Ombudsman John Horgan, a distinguished newspaper historian, for launching my latest tome last night and being very generous indeed in his comments.

I’d just like to clarify that the book has no canine content whatever and that Parnell did not, in fact, have a rottweiler. He was the owner of a red setter called Grouse. I realize this entirely jeopardizes the credibility of the volume.  The confusion is caused by my puerile attempted homage to the title of Roy Jenkins’s book on the House of Lords Mr.Balfour’s Poodle. Should any rottweiler lovers purchase a copy, assuming it reveals the truth about the relationship between the great Irish nationalist leader and their favourite breed of dog, I will be happy to reimburse them the cost of the paperback. If you bought the hardback you’re on your own. I’m not made of money and you should have checked the index for dog references first.

I would also like to apologize to all rottweilers for the invidious comparison with the Parnellite newspaper United Ireland. Rottweilers are soft, cuddly, pliable and docile when compared with United Ireland. The photographs below clearly illustrate this. 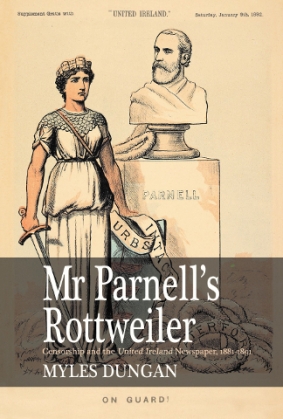 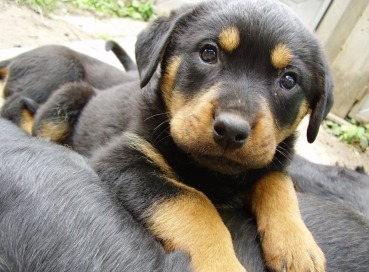