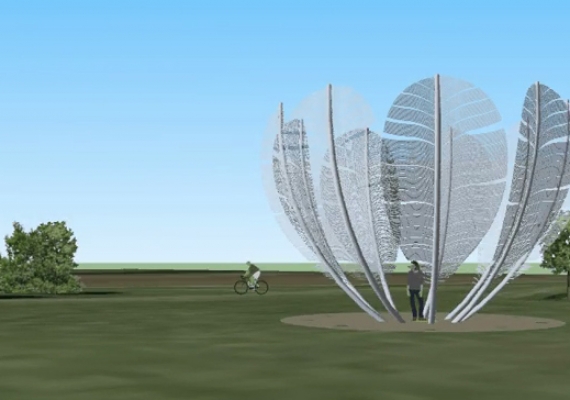 Although there was a respite from potato blight in 1847 the year is still remembered in Irish famine history as ‘Black ‘47’. So few potatoes had been planted that the absence of blight made little difference to a starving, diseased and demoralized people. Thousands more died or hunger and disease or chose the emigrant ship as the only possibility of escape. However, the plight of eight million Irish people was not being ignored, except, arguably, by the Liberal government of Lord John Russell in London. Money poured in from Britain, the continent of Europe, the USA and as far away as Australia.

In March of 1847 an unexpected donation arrived from the USA. While America had been the source of much of the famine relief funds that found their way to Ireland this particular charitable gift was different. It didn’t come from Irish-American migrants on the east coast of the USA. It didn’t even come from smaller pockets of Irish migrants in the MidWest or the West. It came from the state of Oklahoma, not a region generally favoured for settlement by the Irish diaspora.

The donation amounted to $170 and it was collected by members of the Choctaw Native American nation. Some sources give the sum involved as $710, but the amount actually donated is immaterial. Either way it was a huge sum of money for a nation of impoverished Native Americans consigned more than a decade before, to life on the comfortably sounding but demonically devised, reservation. The Choctaw probably empathized with the starving Irish because their own history had much of the tragic about it.

In the war of 1812, fought against the British, the Choctaws had aided the forces led by General Andrew Jackson in the struggle against the former colonial masters. Abject defeat could well have led to the end of the great American Democratic experiment – not that democracy proved to be of much use to the Choctaw. Their reward, in 1831, had been expulsion from their homes in the south-eastern USA during the self-same Andrew Jackson’s presidency, and banishment to the bad lands of Oklahoma. This forced transportation, known as the Trail of Tears had caused the deaths of almost half of the 20,000 or so Choctaw obliged to decamp to the mid-west. Their fate was later shared by the Cherokee, Chickasaw, Creek and Seminole nations, all forced into exile, starvation and cultural suppression. The white man wanted their land, and what the white man wanted he got. The punitive Treaty of Dancing Rabbit Creek signed in 1830, attended to the detail of the wholesale dispossession of the Choctaw. Similar barbed treaties achieved the same result with the other four so called ‘Civilised Tribes’.

1831 was one of the coldest winters on record and the Federal government was not about to waste valuable taxpayers money on providing adequate food, clothing and transportation to mere Indians to protect them from the elements during such an arduous trip westwards into the even colder interior.

So it’s not hard to see why the Choctaw, having heard of the Great Famine, empathised with the Irish people. What must have been more difficult was raising such a significant sum. Only in recent years has their generosity been recognized in Ireland but today, former president Mary Robinson is an honorary chieftain of the Choctaw nation and a plaque commemorating their charity has been erected outside Dublin’s Mansion House. Other monuments around the country recognize their immensely charitable gesture.

The Choctaw, originally from the modern state of Mississippi, more than earned their designation as one of the Five ‘Civilised’ tribes, when they set about collecting a charitable donation worth at least $100,000 in today’s money, to the relief of famine in Ireland, one hundred and sixty-nine years ago, on this day. 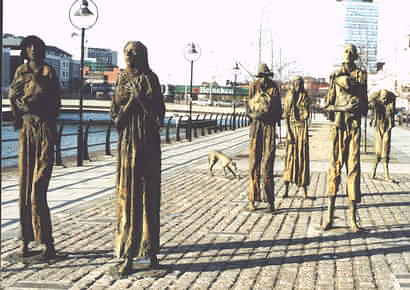