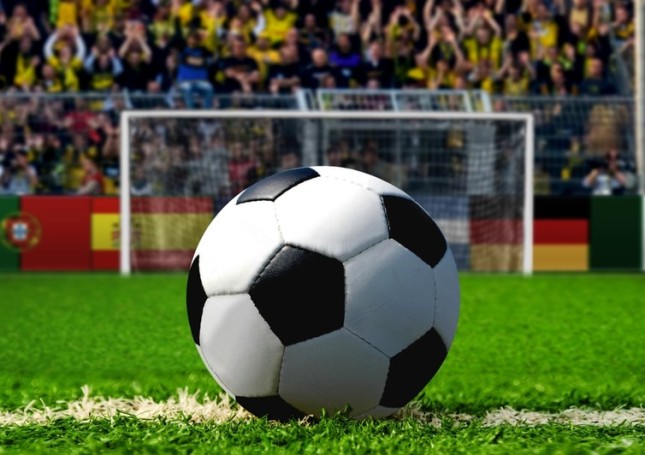 In order to break a stubborn deadlock trade unionists, employers, diplomats and politicians could do worse than adopt the policy of the football world, and go to penalties. This would, of course, greatly benefit Irish politicians involved in trying to end a log jam, as many were elected to office based on their sporting prowess rather than any obvious political nous.

As a punishment for bad behaviour, or a mechanism to end a stalemate, it’s fiendishly simple. The ball is placed on a marked spot eleven metres from the goal line and two negotiators, one at a distinct physical disadvantage, face each other. The principal agent in the process, known as the ‘penalty taker’, is expected to succeed in achieving his goal, which, of course, puts the party of the second part, known as the ‘goalkeeper’, at a huge psychological advantage.

Footballing nerds will be familiar with the fact that in 1986 the astronomically unfancied Steaua Bucharest won the European Cup—now the Champion’s League—beating Barcelona in the process. What may have been forgotten is that their victory was largely down to the fact that their goalkeeper, Helmut Duckadam, saved four consecutive penalties in the shootout after extra time. Penalties have a conversion rate of about 80-85%, but a missed penalty is not always as a result of a goalkeeper’s intervention (Roberto Baggio, Neymar, Chris Waddle and David Beckham take a bow at this point). So, go figure the odds against a keeper saving four in a row.

But where did it all begin?  Well actually in Milford, in County Armagh. And who came up with the idea? Surprisingly, an Irish-born goalkeeper.

William McCrum was the son and heir of a linen millionaire, who was so bad at organising the family business when his turn came, that he eventually ran it into the ground and was relegated. Of more significance, however, was his sporting life. He played rugby, cricket and soccer. In the case of the latter he was goalkeeper for Milford Football club during the 1890/91 season, when Milford played in the Irish Football League. It wasn’t a good year for them, and he can’t have been much of a goalkeeper, because Milford lost all fourteen of their games, and conceded an impressive sixty-two goals. That’s close to four goals per match. For the record, they scored ten. You can see why they finished last.

And that would have been it for William McCrum, a lousy goalkeeper on a lousy football team, had he not made a suggestion to his friend Jack Reid. Reid was the Irish Football Association’s representative on the International Football Association Board. That’s the nineteenth century FIFA, by the way, only not nearly as evil and corrupt. McCrum’s idea was a way of preventing Victorian defenders from chopping down opponents within inches of the goal line, or cynically handling the ball to prevent a score.

Like all great ideas it was simple and direct. Such transgressions would be punished by allowing the victims a virtually free shot at goal.

You’d have thought the idea would have been hailed as a stroke of genius, and the triumph of fair play, especially as it was the brainchild of a goalie, who obviously had no vested interest in the matter.  Instead McCrum’s idea was derided. Harrumphing Victorians lost their monocles in outrage at the suggestion that gentlemen would behave so unsportingly. Clearly the hacking of players about to score an open goal was always a tragic accident. The proposal became known as the ‘Irishman’s motion’ – ‘Irishman’ being a term of abuse in those days.

The legendary C.B.Fry, captain of the great Corinthians club—membership for gentlemen only—was apopletic at the notion, observing that it was:

‘A standing insult to sportsmen to have to play under a rule which assumes that       players intend to trip, hack and push opponents and to behave like cads of the most unscrupulous kidney.’

Then, on 14 February 1891, in an FA Cup Quarter final between Stoke and Notts County (anyone remember them?) an indirect free kick given after a deliberate hand ball was not converted. Fair play had been stood on its head, and McCrum’s idea gained currency in England. Shortly thereafter it became football’s Rule No. 13—unlucky for some, mostly goalkeepers like McCrum.

The next time England are, inevitably, defeated in a penalty shootout, it might be an idea to remind any grieving English friends that the penalty is an invention of the devil … an Irishman.

A proposal to introduce the penalty kick into the game of association football was adopted one hundred and twenty-six years ago, on this day.