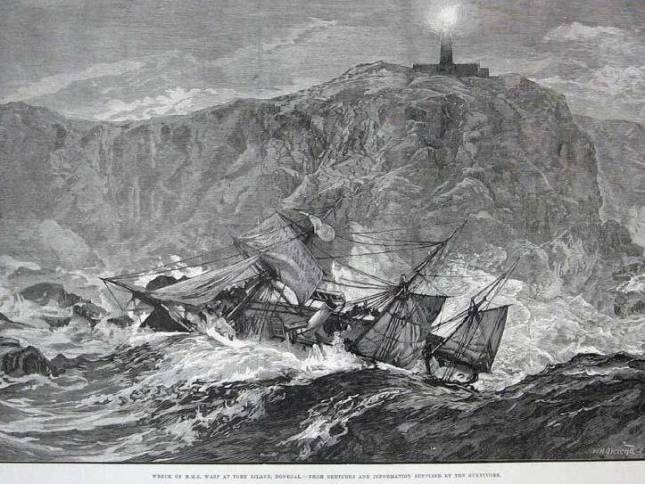 If you were asked, what is the most northerly Irish island, you would probably hazard a guess that it was Tory Island, off the coast of Donegal. And you wouldn’t be too far wrong. The correct answer is Inishtrahull—or the ‘island of the empty beach’—which lies ten kilometres north-east of Malin Head. It also boasts the most northerly lighthouse in Ireland, which was manned until 1987.

But the most significant event in the history of the island took place more than a century earlier, and involved the loss of fifty-two lives.

The HMS Wasp was a British naval vessel, of something called the ‘Banterer class’, built in 1880 in Barrow in Furness in Cumbria. It was one hundred and twenty-five feet long, and its on-board steam engine meant that it was capable of achieving a speed of almost ten knots. It was armed with two four-inch, and two six-inch guns, and was rigged with three masts. It also carried two machine guns. The Wasp was commissioned by the Royal Navy in 1881. It intersected with the story of Inishtrahull when it became an element of the Irish Land War of the 1880s and was used to transport personnel to offshore islands in order to enforce evictions there.

In September 1884 HMS Wasp was dispatched from Westport to Moville in Donegal, under the command of Lieutenant J.D. Nicholls. It was to collect a party of court officials, Royal Irish Constabulary policemen, and bailiffs, in Moville and transport them to Inishtrahull, in order to carry out a number of evictions at the behest of the local landlord, Sir Robert Bateson Harvey. The tenants were to be dispossessed for the non-payment of rents to the value of just over seventy-six pounds. Keep that figure in your head when you hear what happened.

On the morning of 22 September 1884, with fifty-eight sailors on board, the Wasp was off Tory Island. The commander and most of the crew members were asleep. Just before 4.00 a.m. the gunboat hit a reef, the hull was split, and the craft quickly began to take on water. It sank within fifteen minutes. Only six men were able to escape and make their way to Tory island, where they were looked after by locals.

Astonishingly, after having endured such an ordeal, all six were later court-martialled by the British Navy, but exonerated. The cause ascribed to the disaster was a lack of attention to the navigation of the vessel in dangerous waters.

Given the nature of the Wasp’s mission you might have expected a less than totally sympathetic response from nationalist Ireland. However, that was not the case. The ultra-nationalist United Ireland newspaper did point out, however, that the lost gunboat itself had cost £50,000 to build, and that the loss of fifty-two lives was of incalculable value, all for the sum of seventy-six pounds and five shillings in unpaid rent. The newspaper’s editorial was scathing.

May we therefore assume that Sir Robert Bateson Harvey will not again have a gunboat placed at his bailiff’s disposal for the asking, and the Government will not imperil their seamen’s lives and taxpayer’s property to please a landlord? The Crown have always declined in England to provide the landlords of the Isle of Skye with vessels to overawe the crofters.

Among the many ironies of the tragedy was the fact that the total population of the island of Inishtrahull in 1884 was fewer than fifty souls. The previous year HMS Wasp had been used to transport much needed food supplies to the island. Inishtrahull was finally evacuated in 1929 during the first years of the new government of the Irish Free State.

The HMS Wasp sank without begin able to launch its lifeboats, at a cost of fifty-two lives, one hundred and thirty-seven years ago, on this day. 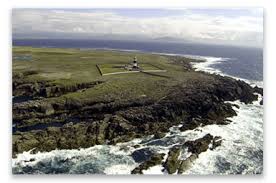 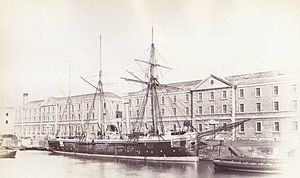