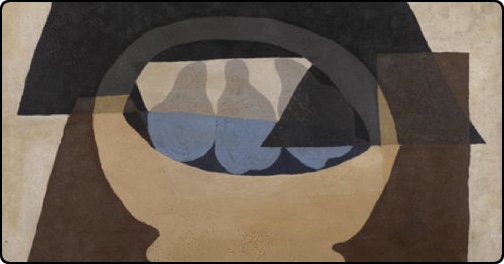 1929 was quite an eventful year for twenty-four year old, Bryan Guinness. He married one of the most controversial Englishwomen of the twentieth century, and he perpetrated one of the liveliest artistic hoaxes ever seen in London.

Guinness was born, in 1905, with a silver spoon in his mouth. He was an heir to part of the extended family brewing fortune and was also due, at some point, to inherit Daddy’s title and become Lord Moyne. He went to Eton, followed by Oxford, and, was called to the Bar in 1931. So far so predictable. Except for 1929.

When everyone around him was having a meltdown as the value of their shares plummeted after the Wall Street Crash, Bryan was settling into wedded bliss with one of the famous Mitford sisters. Unfortunately, he chose one of the ‘bad uns’, Diana. He might have chosen Debbie, who, instead went on to become a Duchess. Or he could have opted for the obscure Pamela, a great lover of poultry, or Jessica, a campaigning investigative journalist. We won’t talk about Unity—that would have been almost as bad. But, of course, he had to get hitched Diana. Today he could have married the only male sibling, Tom, but in the 1920s that wasn’t really an option. 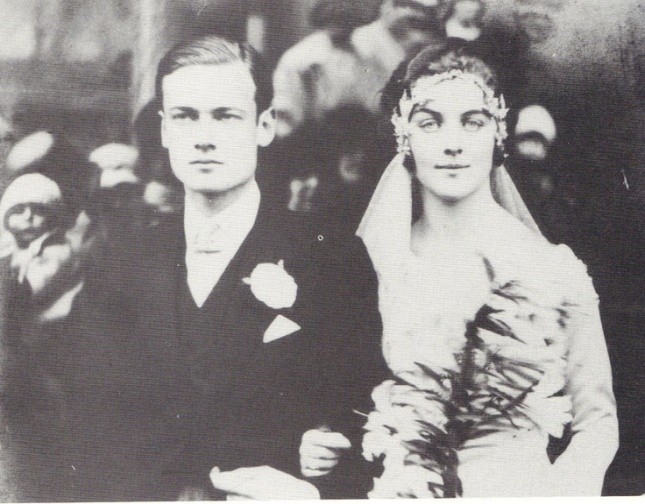 Now the reason you’ve probably heard of Diana Mitford is not because she married Bryan Guinness, and became Lady Moyne, because she didn’t. She married him all right, but then she took up with the Nigel Farage of the 1930s, Oswald Mosley, leader of the British Union of Fascists. As there were too many people in the marriage, Bryan wisely decided to drop out of the arrangement. He divorced Diana, who then went on to marry Ozzie, befriend Hitler, and make a complete ass of herself on Desert Island Discs in 1989 by publicly doubting that her mate Adolf had murdered as many as six million Jews, but that’s a whole different story.

Now Bryan and Diana, when they were an item, were on matey terms with the writer Evelyn Waugh. His great comic novel Vile Bodies is dedicated to them. Waugh based the character of Anthony Blanche in Brideshead Revisited on a 1920s dilettante named Brian Howard, an aspiring artist. Howard and Guinness were both part of the London social set of the 1920s known as the ‘Bright Young People’. Both thought it would be a great idea to play a trick on some of the other Bright Young People, who happened to be art critics, by trying to convince them of the boundless talent of an untutored painter they had discovered, with the unlikely name of Bruno Hat. Hat, unlike the useful headgear of the same name, was entirely fictional.

Howard provided the paintings, Guinness came up with the gallery—his own London house. Diana Mitford’s brother Tom was dressed up as the heavily accented Bruno. The catalogue notes for the exhibition, entitled ‘Approach to Hat’ were written by Evelyn Waugh. Waugh, in exuberantly pretentious mode, compared Hat to an unschooled Picasso and wrote that:

He is the first natural, lonely, spontaneous flower of the one considerable movement in painting to-day … Bruno Hat is the first signal of the coming world movement towards the creation of Pure Form.

At the opening Bruno was almost exposed when someone addressed him in German, but the fast-thinking Tom Mitford, unlike his siblings Diana and Unity, denounced Germany, and insisted on speaking ‘Englisch’.

The problem was that the paintings weren’t half bad. Only the future Labour MP, Tom Driberg, writing for the Daily Express, didn’t fall for the elaborate hoax. He called it ‘an excellent hat-trick’. Boom boom!

Bryan Guinness, who served as a major in the British Army during World War Two,  became Lord Moyne in 1944 in tragic circumstances. His father, who was working in the Middle East in a diplomatic capacity, was assassinated in Cairo. As the second Lord Moyne, in the 1940s and 50s, he was in the vanguard of the struggle to have the paintings of the Hugh Lane Bequest returned to Dublin, and was instrumental in the negotiation of the 1959 compromise which saw them alternate between Dublin and London.

Bryan Guinness,  Baron Moyne, was born one hundred and twelve years ago, on this day.