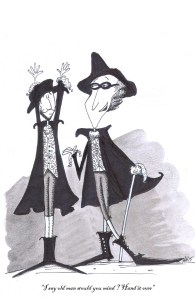 [What the publishers say]

In this entertaining and engaging book, based on the popular ‘On This Day’ segment from RTÉ’s Drivetime, Myles Dungan delivers little-known episodes from the history of Ireland, and Irish people at home and abroad, bringing fresh perspectives on the lives of both the renowned and the notorious.

The book features a diverse mix of Irish luminaries, from giants of Irish history such as Charles Stewart Parnell, Michael Collins and Grace O’Malley, to literary legends Brendan Behan, W. B. Yeats, Francis Ledwidge and Maria Edgeworth, to Cork-born champion of the working man, Mary Harris a.k.a. ‘Mother Jones’, as well as a diverse mix of rebels, courtesans, composers and bandits.

These stories are imbued with renewed vigour and energy. Featuring pieces from as early as the thirteenth century and from as late as the mid-twentieth century, this distinct work is an original and accessible account of the trivial and tremendous moments from Irish history.

Myles Dungan is a broadcaster and historian. He presents The History Show on RTÉ Radio 1 and his weekly ‘On This Day’ column for Drivetime is in its second year. He has also compiled and presented a number of award-winning historical documentaries. He is the author of a dozen works on Irish and American history and holds a PhD from Trinity College, Dublin.