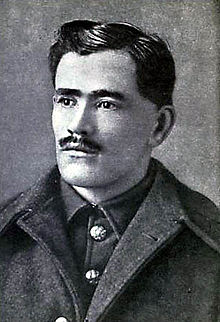 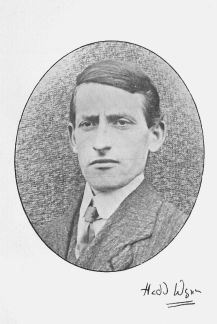 There is no evidence they ever met, or knew of each other, but the Meath poet Francis Ledwidge and the Welsh language poet Ellis Humphrey Evans (Head Wyn) have much in common and shared a similar fate.

Both were born in rural communities in 1887 and died on the same day, 31 July 1917, at the start of the Battle of 3rd Ypres (Passchendaele). They are buried a few rows apart in the Artillery Wood Cemetery in Flanders. Both were influenced by the great Welsh epic poem The Mabinogion. Both, for different reasons, came to resent their involvement in the war machine of 1914-18.

They will be the subject of a talk to be given by myself, and Dr. Nerys Williams of the UCD School of English, in Glasnevin Cemetery Museum, as part of their Winter Lecture series, on 9 February. The talk will include translations of the work of Hedd Wyn by Dr. Williams, who is also an award winning English-language poet (Sound Archive, 2011, winner of the Strong Poetry Prize 2012)

The series also includes talks on a variety of subjects related to 1917 to be given by Brian Hanley, Michael Kennedy, Conor Kostick, Liz Gillis and Kate O’Malley.

All lectures start at 7.00 pm at the Museum’s Milestone Gallery.