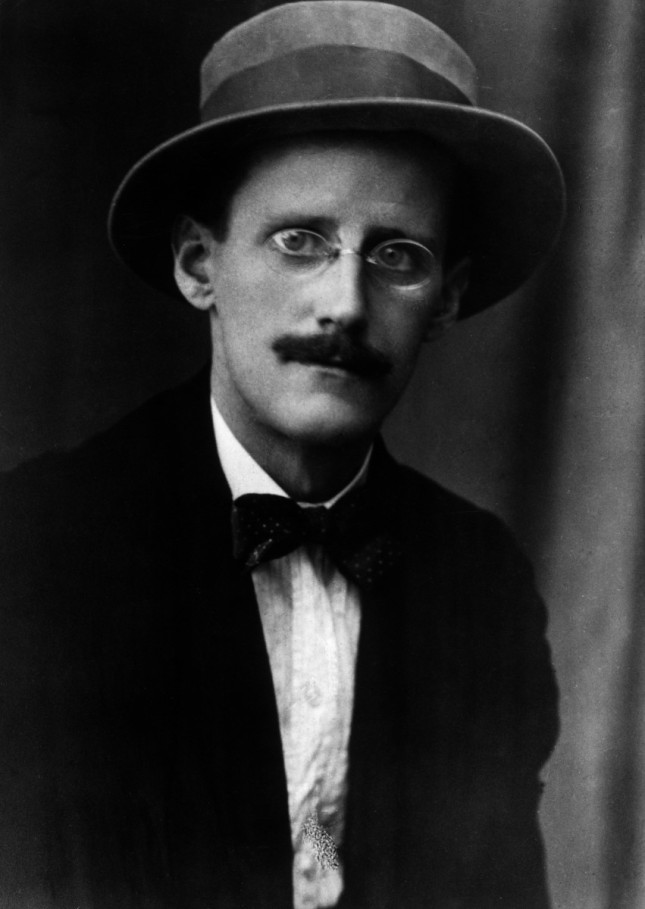 The second of February was a red-letter day in the life of James Augustine Aloysius Joyce. It was his date of birth, and of the publication, on his fortieth birthday, of probably the greatest novel of the twentieth century, Ulysees.

As you probably know the action of the novel all takes place in a single day, 16 June 1904, which just happens to be the day that Joyce and his future wife Nora Barnacle, first ‘stepped out’ together. What you may not know is how close the narrative of Leopold Bloom came to becoming a short story in the Dubliners collection, published in 1906. Joyce briefly considered, and then abandoned the idea.

He started writing Ulysees in 1914, as the continent of Europe began to eat itself alive. He completed it in October 1921. The content, judged as obscene by authorities in the USA and Britain on numerous occasions, made it far too hot to handle for any mainstream publisher, so the book was brought out by Syliva Beach, owner of the Parisian left-bank bookshop, Shakespeare and Company. We won’t even get started on how the novel was greeted in his native country. Oddly enough it was never actually banned here. But just try buying a copy in a Dublin bookshoop in the 1920s!

The first thing to be said about Ulysees is that it is actually very funny. The stream of consciousness technique that Joyce used can alienate a casual reader but if you just sit down and map your own thought processes for about five minutes, it all makes much more sense.

Another thing about Joyce was that if you ever came across him and made an impression of any kind, for good or ill, the chances are that you would end up in one of his books. You might not recognise yourself for the monster that you were, or you might, and then look forward to your next meeting with the short-sighted and vindictive author.

So, who is who in Ulysees?

Not much doubt about Stephen Dedalus, as Joyce’s alter ego had already appeared as the ‘artist’ in his novel Portrait of the Artist as a Young Man.

Bloom may have been based on a Dubliner named Alfred Hunter. Joyce had got himself involved in a drunken fight in St. Stephen’s Green, where he came off worse. He was helped by Hunter, who brought him to his home and looked after him. Hunter was Jewish and was said to have been cuckolded by his unfaithful wife. All of which makes him uniquely qualified him for consideration as the template for Leopold.

Then there’s ‘stately plump Buck Mulligan’, who appears in the first sequence, set in the Martello Tower in Sandycove which, for a brief period—six days in all—Joyce shared with the poet, novelist and future senator, Oliver St. John Gogarty. The two men fell out before Joyce abandoned Dublin for Zurich in 1904. The portrayal of Mulligan is not precisely how Gogarty would have liked to be remembered. But, as time passes, few have any recollection of the man himself, while his loutish and God-awful fictional representation remains fresh in the mind of anyone who has read the book. Revenge is, after all, a dish best served cold. Gogarty himself sought some consolation in being, as he put it, the only character in any of Joyce’s work, ‘who washes, shaves and swims’.

Joyce finally completed Ulysees in Paris, to which he had been invited by the celebrated poet, and proto-fascist, Ezra Pound. He was supposed to stay for a couple of weeks but ended up living there for two decades. Just as neutral Switzerland had been his home during the Great War, he fled Paris in advance of the Nazi German invasion in 1940, and returned to Zurich where he died in 1941. Nora Joyce, who finally married her partner in London in 1931, twenty-seven years after their first date, later offered to have his body repatriated for burial in Ireland, an offer which the Irish authorities churlishly declined. So, the grave of Ireland’s greatest author is in the Fluntern cemetery in Zurich, situated, in an irony that Joyce would probably have appreciated, near the city zoo.

James Joyce was born on 2 February 1882, and his masterwork Ulysses, was published ninety-six years ago, on this day.