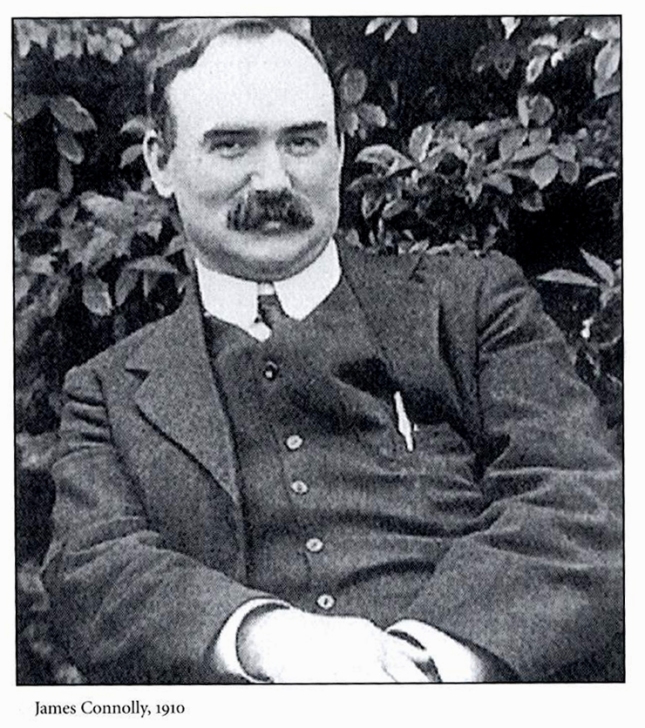 They couldn’t have come from more different personal and political backgrounds. One was born in an urban Scottish slum, the other in a small rural Irish village. One was a lifelong socialist, committed to proletarian revolution. The other was an equally committed Irish nationalist, and a member of the conservative Catholic organisation, the Ancient Order of Hibernians. But both died on the same day, and in the same cause. James Connolly and Sean McDiarmada were signatories to the 1916 proclamation of independence.

Connolly was born in the dismal Cowgate district of Edinburgh, of Irish parents, in 1868. He lied about his age—fourteen— and joined the British Army. He served in Ireland for seven years. He was to become involved with Keir Hardie in the Independent Labour party, and James Larkin in the Irish Transport and General Workers Union. He lived in the USA for seven years during which time he worked with the famous  trade union organisation, the Industrial Workers of the World, better known as the Wobblies. He co-founded the Irish Labour Party in 1912, and the Irish Citizens’ Army during the 1913 Lockout. It was this small group, of about 200 men and women—both genders enjoying equal status—that he led into the 1916 Rising alongside those members of the Irish Volunteers who showed up on Easter Monday after the debacle of Eoin MacNeill’s countermanding order.

Connolly, as well as being a man of action, was also a prolific writer and a Marxist intellectual. His most influential work, Labour in Irish History, is a clear-headed socialist assessment of the Irish narrative from the late 17th century. It contains the following gem.

The Irish are not philosophers as a rule, they proceed too rapidly from thought to action.

Sean McDiarmada was born in Kiltyclogher in Co. Leitrim in 1883. He moved to Dublin in 1908 where he became involved in a number of cultural and political organisations, including Arthur Griffith’s Sinn Fein, and the Gaelic League. He also became a covert member of the revolutionary nationalist organisation, the Irish Republican Brotherhood.

At an early stage in his revolutionary career he was taken under the wing of the old Fenian Thomas Clarke, and it was these two men, more than any others, who plotted and planned for the insurrection in 1916.

The manner of James Connolly’s death was probably the last straw for many Irish people who had initially opposed the Easter Rising. Connolly had been wounded in the fighting and was kept in an emergency medical facility in Dublin Castle after the surrender. He was probably within a few days of death when the British military commander, General Sir John Maxwell, aware that Prime Minister Herbert Asquith was on his way to Dublin to put an end to the executions, ordered that the court martial’s death sentence be carried out on the last surviving signatories of the proclamation.

Connolly was brought to Kilmainham jail in an ambulance, carried to the execution yard on a stretcher, and shot by firing squad while tied to a chair. It was the least astute political move on Maxwell’s part, in a week that can most generously be described as ‘counter-productive’.

McDiarmada, owing to the debilitating effects of polio, played little actual part in the Rising itsef. In fact he almost escaped detection and execution. He might not have been identified as a signatory of the proclamation, and one of the prime movers of the rebellion, had he not been spotted by a Dublin Metropolitan Police detective, Daniel Hoey. Hoey was later shot dead by members of the assassination squad of Michael Collins.

Other than their Irish nationalism the two men had little in common. Had they survived a successful Rising—rather a big ‘what if’—they might well have found themselves on opposing sides in a subsequent European-style class conflict. But that was not permitted to happen, due to the desire of Maxwell to eliminate any future threat from the leaders of radical and militant Irish nationalism and socialism.

James Connolly and Sean McDiarmada were executed separately in Kilmainham Jail one hundred and one years ago, on this day. 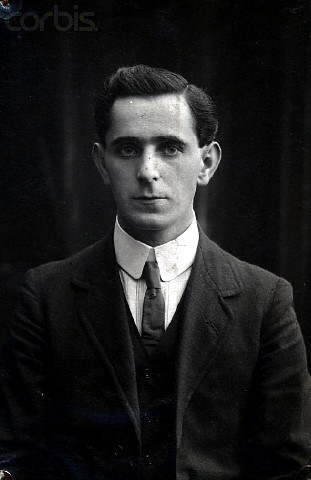