Next Thursday Americans the world over, but mostly in America itself, will mark their national day with all the fuss and razamatazz that they normally reserve for the celebration of Ireland’s national day. Americans are, justifiably, commemorating the day on which they, as a nation, declared their independence in 1776. The celebrations are entirely justified. Every nation should honour its Founding Fathers.

But why, one wonders, did the future US President, John Adams, writing to his wife Abigail, on 3 July 1776 predict that, ‘from now on the 2 July 1776 … will be celebrated by succeeding generations as the great anniversary festival …’? Was he looking at a 1775 calendar or something? And why did the Pennsylvania Evening Post write on the night of 2 July 1776 that ‘This day the Continental Congress declared the United Colonies free and independent states’. Because we all know that the Declaration of American Independence was signed on 4 July 1776.

Except that it wasn’t, and we’re all wrong!

What actually happened on 4 July that year was that the document which approved the declaration made two days previously was adopted by the Continental Congress. So, basically, the press release has, for nearly two hundred and fifty years, taken precedence over the actual declaration.

So we should really be singing …

Yankee Doodle do or die

Born on the second of July’

Which doesn’t really scan all that well and probably would have had the composer, George M. Cohan, tearing his hair out trying to write a marching song with an irregular rhythm. Ironically Cohan, whose birth took place on the 3 July 1878, always believed he’d missed being born on Independence Day by a mere twenty-four hours. He did, but he was actually a day late!

The first real Independence day celebration, by the way, took place in Philadelphia … on 8 July. The soldiers of George Washington’s army had a party of their own when they got the good news, on … 9 July. News finally reached London on 30 August. But they didn’t party very much. Funny that.

And that’s not all the myth-making that surrounds American Independence Day. Take the magnificent John Trumbull painting that hangs in the Rotunda of the Capitol building in Washington D.C. It is thought by most to depict the signing of the Declaration of Independence by the American founding fathers. But it is actually the presentation of the draft Declaration to the Continental Congress. To further complicate matters this took place on 28 June. Forty-two of the fifty-six men who signed the document are included. Trumbull doesn’t even leave out fourteen of the signatories because they weren’t present on 28 June, but because he didn’t know what they looked like!

Among those depicted are Thomas Jefferson,  John Adams and Benjamin Franklin. Jefferson and Adams later wrote about formally signing the document on 4 July, with Jefferson even recalling vividly the flies circling over his head as he appended his signature.

Except that he didn’t, at least not on 4 July, or even on 28 June. What was presented on the latter date, by the five-man drafting committee, was not a clean copy, so no one signed it. On 2 August a corrected copy was made available and that was when most of the

Furthermore, the famous Philadelphia Liberty Bell never rang out from the tower of the Pennsylvania State House to mark the occasion, or indeed any of the many occasions which make up the convoluted appearance of the independence declaration. That was a story invented for children in the middle of the nineteenth century, in a book with the apt title Legends of America.

Is that enough already? Or do you want more? If you do then how about the fact that the name Liberty Bell has nothing whatever to do with American Independence or liberation from colonial rule. It was so-named in the early 19thcentury by anti-slavery abolitionists in Pennsylvania.

So, in answer to the question, was American independence declared on 4 July 1776, no it wasn’t, that happened two days earlier. It’s fake history. 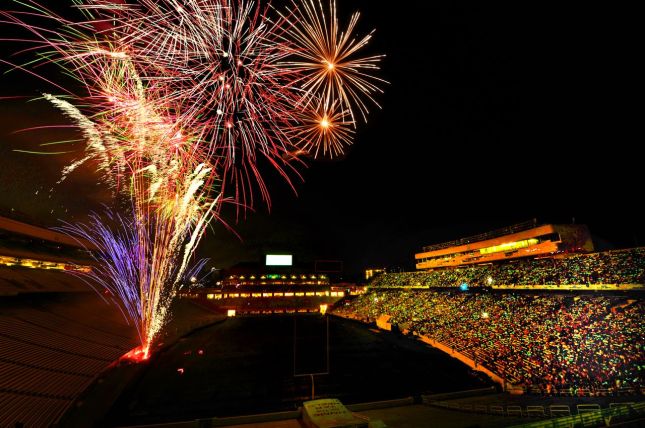