On the morning of his 53rd birthday the leading Irish barrister of his day, John Philpot Curran, would have received news of serious disturbances in the city of Dublin. He would have been horrified to learn of the brutal death of his friend Lord Kilwarden, dragged from his coach along with his nephew and daughter and stabbed repeatedly with pikes.

However the violence of 23rd July 1803 was to come even closer to home for Curran. He would quickly have learned that it was no angry and leaderless mob that had murdered Kilwarden. It was the last throw of the dice of the United Irishmen, supposedly suppressed viciously five years earlier, in a rebellion led by a young Dublin Protestant, Robert Emmet. That name would come to haunt Curran.

John Philpot Curran was one of the most celebrated Irish public figures of his day. He was a politician, having been a member of the Irish parliament for three different constituencies. He was probably the most capable member of the Irish bar and had, in 1798, ably but futilely defended many of the leaders of the United Irishmen’s rebellion. His early career as a barrister had been marred by a serious stammer that had earned him the unenviable nickname ‘Stuttering Jack Curran’. But he had conquered his disability, apparently by spending hours reciting Shakespeare in front of a mirror.

He was also a duellist, having fought up to half a dozen opponents and survived.

One of those encounters highlights his penchant for ‘lost causes’ or, at least, his affiliation to the underdog. In 1780 Curran, himself a wealthy and well-connected Protestant, took on the case of an elderly Catholic priest, Father Neale, who had fallen foul of a distinctly obnoxious aristocrat, Lord Doneraile. The priest had criticized the brother of Doneraile’s mistress for maintaining an adulterous relationship and Doneraile, as you did if you were called– I kid you not – St.Leger St.Leger (his parents must have been extremely attached to the family name) had horsewhipped Father Neale for his croppy effrontery. St.Leger (squared) did not anticipate a jury of his peers deciding to punish him. But he reckoned without Curran’s powers of persuasion. The young advocate’s arguments coaxed the jury into awarding the horsewhipped priest 30 guineas and an affronted Doneraile challenged Curran to a duel. He fired and missed, Curran walked away without shooting.

While Curran may have opposed the Act of Union and defended United Irishmen his tolerance did not extend as far as permitting a relationship to form between his daughter Sarah and Robert Emmet. However, after the capture of the young rebel in the wake of his abortive coup Curran, typically, agreed to defend Emmet. He was unaware, however, of the existence of a correspondence between his client and his daughter. When the authorities came to search his house and he was apprised of the existence of letters between the young rebel and his youngest daughter he threw up the brief. Crucially he was replaced as defence counsel by the Crown’s most valuable intelligence asset in Dublin, the traitorous United Irishman Leonard McNally.

Curran was famous as a wit and phrasemaker. It may well have been he, rather than Edmund Burke, who uttered the immortal line ‘evil prospers when good men do nothing’. He said of an enemy that ‘his smile is like the silver plate on a coffin’. Marx once advised Engels to read Curran’s speeches. In an encounter with the infamous Irish hanging judge, Lord Norbury, the justice inquired of Curran if a particular piece of meat was ‘hung-beef’ to which Curran responded acidly ‘Do try it my Lord, then it is sure to be.’

In his private life he was often unhappy, he disowned his daughter Sarah and later his wife, also called Sarah and with whom he had nine children, ran off with a Protestant rector whom Curran sued for criminal conversation. But as a public figure Curran was a colossus who spanned the period between Henry Grattan and Daniel O’Connell and was, in many ways, the equal of both. 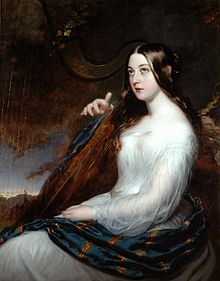