She was ‘The Ballad Queen’ whose voice and presentation would probably not conform to modern tastes, but, in a parallel and hazardous life, she also helped save hundreds of Jews and Allied soldiers from imprisonment, or the gas chambers. Delia Murphy may not have been Enya, but she was a courageous and remarkable woman nonetheless.

She had a relatively privileged upbringing in rural Ireland in the early 1900s. She was born in Mayo on the Mount Jennings Estate in Hollymount, in 1902. Her father, John Murphy, was one of those rarities, a returned emigrant who had made a fortune in North America. He had struck it rich during the Klondike gold fever of the 1890s, married a woman from Tipperary, and came back to Mayo. Despite his wealth, John Murphy was an exceptional individual in his own right, not least because he was happy for members of the travelling community to camp in the grounds of his newly acquired estate. This had beneficial consequences for his daughter, who learned many of the ballads that would later make her famous, around the campfires of the travellers.

Delia was fortunate, and somewhat unusual for a woman in those days, in receiving an education up to, and including, third level. She studied Commerce in University College, Galway, where she met and married fellow student, Tom Kiernan when she was twenty-two years old.

Kiernan then joined the Irish diplomatic service and was posted to London. That was where Delia’s career really began to take off. The huge Irish emigré population in pre-war London took to her singing, and her rise in popularity led to the recording in 1939, by His Master’s Voice—shortened in more recent days to the more familiar HMV—of some of her best-known songs, such as, If I Were a Blackbird, The Spinning Wheel and Three Lovely Lassies. Her popularity was probably based as much on her personality and charm as it was on her singing, because, truth be told, she was no female John McCormick.

And that might have been all there was worth saying about Delia Murphy, had Tom Kiernan not been transferred in 1941, by the Department of External Affairs, from London to Rome, as Irish Chargé d’Affaires (or Minister) to the Vatican. After the Japanese attack on Pearl Harbour in December 1941, and US entry into the war, the Irish legation in Rome became the only English-speaking diplomatic mission left in the city.

In 1943 Mussolini was deposed and Allied POWs in Italy were released. Nazi Germany, however, rapidly reasserted fascist dominance, and the POWs were in danger of re-capture. Enter the extraordinary Monsignor Hugh O’Flaherty, an Irish priest based in the Vatican City. For the next two years, he led a network which sheltered Allied soldiers on the run, and Jews in danger of being dispatched to Nazi death camps. They were hidden in dozens of safe houses in Rome and elsewhere. Delia Murphy was one of O’Flaherty’s closest associates in this hazardous enterprise. When in Rome O’Flaherty did as the Romans did, assuming a variety of disguises so that he could pass as Italian. But, as the SS grew more aware of his activities, and attempted to assassinate him, he was compelled to remain inside the confines of the politically independent enclave of the Vatican City, where the Germans couldn’t touch him. 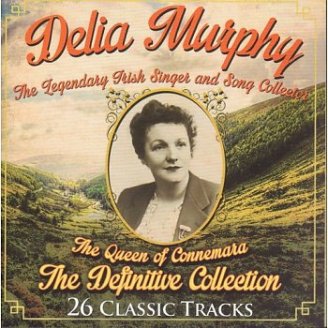 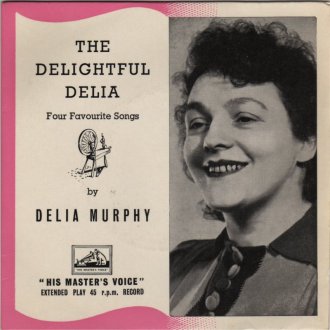 After the war, Delia Murphy travelled with her diplomat husband to Australia, Germany, Canada and the USA where she continued to record and perform. In 1962, she recorded her only LP, The Queen of Connemara, in New York. Two years after the death of her husband, she returned to Ireland, and lived in Chapelizod outside Dublin. She died there in 1971 at the age of sixty-nine.

Delia Murphy, friend of the Irish traveller, ballad singer, and audaciously altruistic people smuggler, was born one hundred and sixteen years ago, on this day.