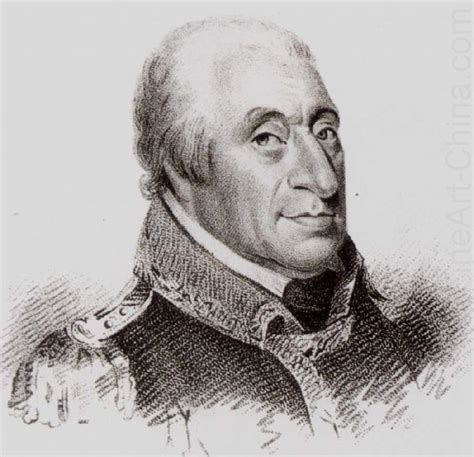 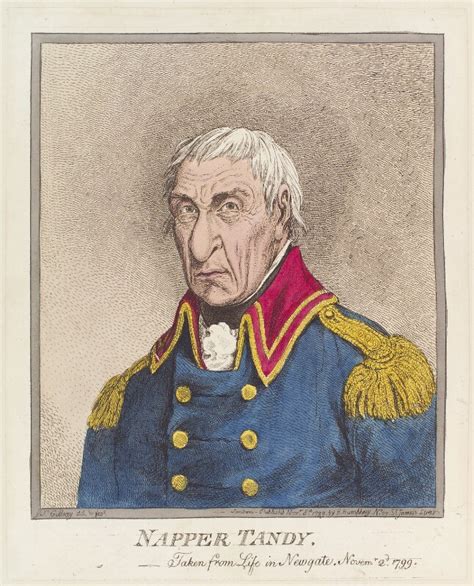 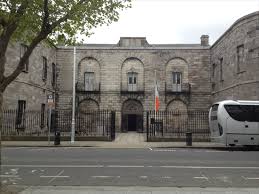 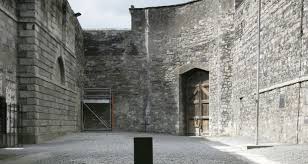 It’s such a huge tourist attraction today that it’s quite shocking to realise there were proposals as recently as the 1950s to demolish much of it. But Kilmainham Gaol survived intact to play a huge part in the current decade of centenaries.

It opened in 1796 and even then, it was a grim place, housing men, women, and children as young as twelve. Some were held there prior to transportation to Australia, others were lodged in the prison before their executions, some served many years there in dreadful conditions, often sharing a cell with up to four others.

Attached to the Gaol was a magistrates’ court where cases would be despatched, or, if a serious crime was involved, the preliminary process leading to indictment would take place. It was here that the alleged killers of the Chief Secretary, Frederick Cavendish and his Under Secretary, Thomas Henry Burke, in Phoenix Park in 1882—the so-called Invincibles—appeared for remand hearings before being committed to Green Street court for trial. And it was here that they first realised the game was up, when one of their number, James Carey, presented himself as a prosecution witness. He had opted to turn state’s evidence to save his own skin. His first appearance at Kilmainham Magistrates’ Court was greeted with roars of rage from the dock. A reporter observed that one of the accused, Joe Brady:

Glared at him and stretched forward towards him [had he] been able to reach him, I believe he would have been torn to pieces, for Brady was a powerful young fellow, and for the moment he was for all the world like a tiger on the spring.

The prisoners were returned to their cells and a few weeks later Carey’s evidence sent five of them to the hangman, a seasoned veteran named William Marwood. His customary advice to his victims before they met their maker was, ‘Now then, hold your head back and you’ll die easy’. They were all executed in the Kilmainham Prison Yard, and their bodies were interred under the scaffold erected to hang them.

Three decades later it was the turn of the leaders of the 1916 Rising. Fourteen were executed there over a nine-day period in May. The first to die, on 3 May, were Patrick Pearse, Thomas Clarke and Thomas MacDonagh. They faced firing squads of twelve British soldiers, mostly drawn from the Sherwood Foresters, who had been badly cut up on Mount Street Bridge the previous week. There was little regard to sensitivities on either side. No Catholic priest was allowed to be present to minister to the prisoners, and the same firing squad—consisting mainly of young recruits—was expected to execute all three men. A number of female prisoners, including Countess Markievicz, were rudely awoken by the volleys from the stone-breakers’ yard.

After the establishment of the Irish Free State the prison continued to be used during the Civil War. Around six-hundred Republican prisoners were incarcerated there, many of them women. One of the last to be released was Eamon de Valera.

The prison was closed by the Free State government in 1929, and might well have been demolished in the 1930s, except it was deemed too expensive to do so. The work of organisations, like the Kilmainham Gaol Restoration Society, ensured that it was eventually taken over by the Office of Public Works, and became one of the most visited historical sites in Dublin.

It has also been a useful location for a number of films. These include the adaptation of Brendan Behan’s prison drama, The Quare Fellow, as well as the Michael Caine film The Italian Job, and Neil Jordan’s Michael Collins. Collins himself was fortunate, he never actually served time there.

Kilmainham Gaol was finally completed and prepared to accept its first prisoners two hundred and twenty-one years ago, on this day. 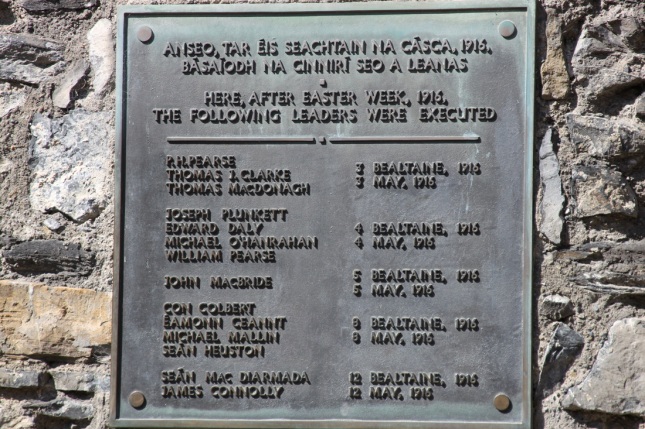