Who do you think might have finished a speech with the following words?

Given that the man he was praising had once been bigamously married, had presided over the exclusion of undesirable elements from the eastern USA, had a volcanic temper, closed down the nineteenth century equivalent of the Federal Reserve, and defied the courts, you probably won’t be shocked to hear that the speaker was the forty-fifth President of the United States. One of the first things Donald Trump did when he took over the Presidency was to have a portrait of Andrew Jackson hung in the Oval Office. He even said that he was ‘looking at a book on Jackson’. Which doesn’t necessarily mean, of course, that he actually went so far as to read it.

Jackson was seventh President of the USA, serving from 1829 to 1837. Had he been born just two years earlier, that would never have happened, because he would have been Irish, and therefore constitutionally ineligible to be US President. His parents, Andrew and Elizabeth Jackson were northern Presbyterians who lived in Co. Antrim. Two of Jackson’s older brothers, Hugh and Tom were actually born in Ireland. Andrew Jackson never knew his father, his namesake had died at the age of just twenty-nine as a result of an accident, three weeks before the birth of the future President. So not a great start in life, the early part of which was spent being dirt poor.

His initial fame came about as a result of his military prowess. He was one of the few American successes in the ‘Revolutionary War 2.0’ a rerun of the War of Independence fought with Britain in 1812. This resulted in the British sacking Washington, and burning the White House, but Jackson defeated a British force at New Orelans, and became an instant hero. There wasn’t a lot of competition really.

He should have become President in 1825. He won the popular vote. But then again, winning the popular vote in a US Presidential election, unlike say, France, or even Ireland, is no guarantee of the Presidency. He was essentially shafted in a dodgy deal between his two rivals, John Quincy Adams and Henry Clay, gifting Adams an undistinguished four years in the White House. Jackson, however, won the 1828 election. Although himself a wealthy man he campaigned against entrenched economic elites.

He guaranteed a good attendance at his inauguration by inviting everyone back to the White House afterwards. The problem was that most of them seem to have taken him up on the offer, and the building was soon swarming with his supporters. This earned him the derisive nickname ‘King Mob’.

The action for which Jackson is best remembered is the forcible removal of a number of Indian nations from their traditional homes in eastern states like Georgia, to the alien territory of Oklahoma. The US Supreme Court, under the great jurist John Marshall, effectively ruled against the removal policy, in two separate decisions in 1831 and 1832. Jackson’s alleged response was ‘John Marshall has made his decision, now let him enforce it.’ Although he probably never said it he certainly did nothing to help the Cherokee, Chickasaw, Creek, Choctaw and Seminole, who were removed across the Mississippi, with great loss of life, on the infamous Trail of Tears.

When asked what his greatest achievement was as President, Jackson is reputed to have said, ‘I killed the Bank’. This was the Second National Bank, a sort of early nineteenth century Federal Reserve, an American Central Bank. It was due to have its charter renewed in 1832. Jackson vetoed the bill, and Congress didn’t have the votes to override the veto. Result, death of bank, transfer of federal funds to other institutions, injudicious lending by those banks, and a huge financial panic in 1837. So much for the lessons of history.

Andrew Jackson, acknowledged founder of the Democratic party, and seventh President of the USA, died one hundred and seventy-three years ago, on this day. 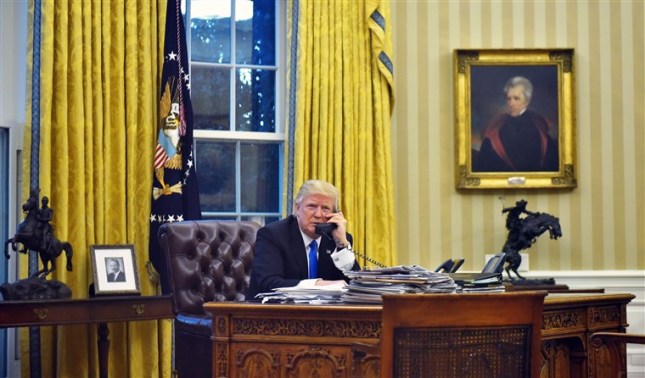