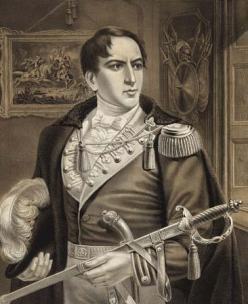 They are two very different orations. One is short, a mere two hundred and sixty-nine words, and lasting barely three minutes. The other is in excess of  three thousand words, and must have taken closer to half an hour to deliver. The longer speech was given by a man marked for a judicial death, the shorter by one who would be mown down by an assassin’s bullet.

Abraham Lincoln, sixteenth President of the United States of America, was born five years after the execution of the young rebel United Irishman, Robert Emmet, but the coincidental connections between the two men are compelling and inescapable.

Both were Republicans, both are perceived by their acolytes as martyrs. Emmet, a post-Enlightenment Irish Republican, atoned for the hapless nature of his one-day rebellion on 23 July, 1803 in Dublin, by making the single most famous, effective, and affecting speech in Irish nationalist history. Lincoln was one of the founder members of the anti-slavery Republican party, and its first successful Presidential candidate in 1860. His election precipitated the debilitating four-year American Civil War. His Gettysburg address was a model of rhetorical clarity, creativity and brevity.

Emmet’s speech, made after his conviction for high treason in Green Street courthouse in Dublin, is famous for its passionate peroration, made as he faced death by hanging the following day.

Let no man write my epitaph: for as no man who knows my motives dare now vindicate them, let not prejudice or ignorance asperse them. Let them rest in obscurity and peace, my memory be left in oblivion and my tomb remain uninscribed, until other times, and other men, can do justice to my character. When my country takes her place among the nations of the earth, then, and not till then, let my epitaph be written.

Lincoln’s Gettysburg Address, made on 19 November 1863 at the dedication of the Soldier’s National Cemetery at Gettysburg, Pennsylvania—scene of a bloody and decisive battle four and half months earlier—is more famous for its iconic opening line.

Fourscore and seven years ago our fathers brought forth on this continent a new nation, conceived in Liberty, and dedicated to the proposition that all men are created equal.

But, did Emmet’s speech influence the creation of the most famous short oration in history? Very likely. As a boy in Indiana (where his family had migrated from Kentucky) Lincoln is known to have learnt Emmet’s valedictory off by heart. As a gangly teenager he would often deliver it as a party piece, for dignitaries visiting Perry County, where he lived.

More than a quarter of a century later, at the first Republican National Convention, in New York, in 1856, where Lincoln was defeated for the party’s vice-presidential nomination, the convention Chairman was a New York Judge and politician, Robert Emmet, the Dublin-born nephew of his celebrated namesake.

In February, 1865 Lincoln, was reviewing the death sentence on a young Confederate spy. He was considering an appeal for the boy’s life from a Delaware Senator, Willard Saulsbury, who had once referred to the President as ‘a weak and imbecile man’. So, you would assume, not much hope there.

Saulsbury, however, was both frank and astute in his appeal to Lincoln. He wrote

You know I neither ask or expect any personal favor from you or your Administration … All I ask of you is to read the defence of this young man … compare it with the celebrated defence of Emmet, and act as the judgment and the heart of the President of the United States should act.

Saulsbury knew his man. The death sentence was duly commuted.

In 1939 the distinguished playwright Robert Sherwood, won a Pulitzer Prize for his play Abe Lincoln in Illinois. The significance of the play is in Sherwood’s middle name, Emmet. He was the great-great-grandnephew of the executed patriot. It was as if the Emmet family, having accepted the homage of the young Lincoln, was repaying the compliment.

Emmet would have been proud of the famous peroration of his celebrated acolyte.

We here highly resolve that these dead shall not have died in vain—that this nation, under God, shall have a new birth of freedom—and that government: of the people, by the people, for the people, shall not perish from the earth.

Robert Emmet, was awaiting trial and probably writing the signature speech that Abraham Lincoln would later learn by heart, two hundred and fourteen years ago, on this day. 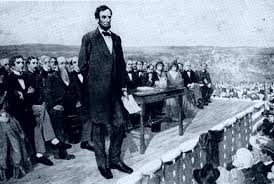 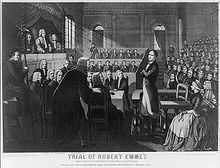