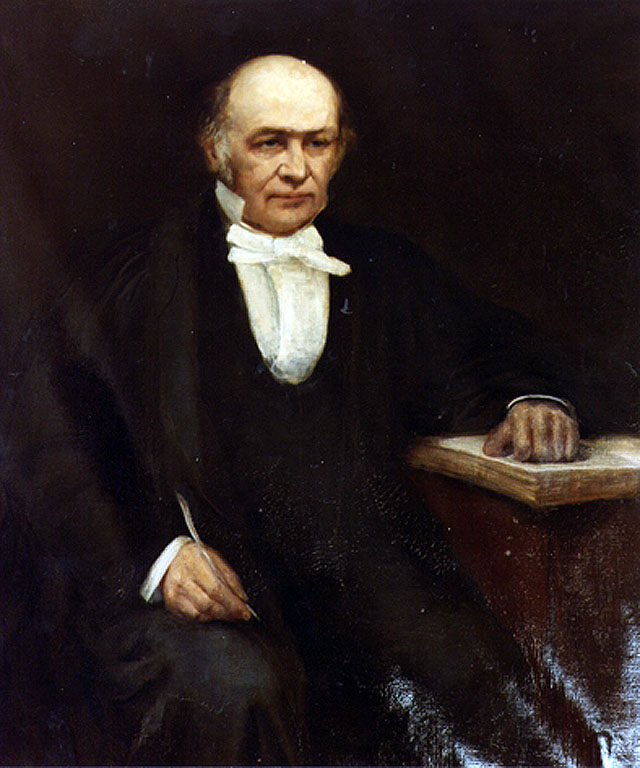 It was perhaps the most important example of anti-social behaviour in scientific history. What today might merely have merited an ASBO for the scraping of a piece of incomprehensible graffiti, back in 1843 was the breakthrough that William Rowan Hamilton needed to come up with the concept of something called the quaternion.

No one could have predicted at his birth that the son of Sarah Hutton and Archibald Hamilton, a Dunboyne, Co. Meath solicitor, would emerge as Ireland’s  most significant mathematician – other than Eamon de Valera – and one of the world’s foremost scientific minds.  But pretty soon after his birth it was clear to the extended Hamilton family that young William was a bit different.

He was sent at the age of three to live with his uncle James, a teacher and cleric, in Trim and there began to collect languages as a hobby. Before his teens he had already acquired a dozen. In addition to the predictable European tongues he had also picked up Hindustani, Sanskrit and Malay. Clearly the curriculum in Uncle James’s school was an interesting one.

It was a sobering experience at the age of eight that caused young William to wise up and stop messing around with foreign languages. Also something of a whizz at mental arithmethic in 1813 he was pitted against the visiting American mathematical genius Zerah Colburn in a head to head contest. Half the rakes of Dublin probably had money on the outcome. But it wasn’t a happy experience for young Hamilton. In this early Ryder Cup of Hard Sums – or ‘math’ as the young American would probably have called it – he lost out to Colburn. Realising he needed to up his game if he wanted to wanted to become a famous mathematician William Rowan Hamilton abandoned the acquisition of languages in favour of the solving of equations.

He entered Trinity College in 1823 and was appointed Professor of Astronomy in 1827. This was pretty rapid progress as he had yet to even graduate. That same year he took up residence in Dunsink Observatory and spent the rest of his life there.

Which brings us to his famous walk. It took place on 16 October 1843 when he and his wife left Dunsink to go for a stroll along the banks of the Royal Canal. We can only assume that they either walked in silence or that Hamilton, as is sadly the case with a lot of husbands, was paying little or no attention to what his spouse was saying, as they neared Broom Bridge in Cabra. Now while most men, in such circumstances, might have been idly poring over in their heads the advisibility of Manchester United, Chelsea, Kerry or Dublin acquiring a new head coach, Hamilton’s mind was concentrated on higher things – something called quaternions. These I am forced to concede, I know nothing whatever about and can’t even comprehend sufficiently to offer a passable Idiot’s Guide.

As the couple approached Broom Bridge Hamilton began to behave in a fashion that must have caused his wife some concern. He took out a penknife and carved

the following legend in the superstructure of the bridge

And, no, I’m very sorry but I don’t understand it either. This, it transpired, was the discovery of the quaternion, which apparently extends the range of complex numbers. One can only agree with the use of the word complex. The knowledge that her husband had discovered quaternions and was not simply vandalizing the bridge must have come as a great relief to Mrs. Hamilton.

Of course the moral of the story is, if you are a budding astronomer or mathematician who wants to make a difference, you should never leave the house without carrying a knife.

William Rowan Hamilton, mathematician and astronomer, died one hundred and fifty one years ago, on this day.