Nobody has ever possessed, or will ever be blessed with, a voice like Luke Kelly’s. He may not have been a choir boy, but he was a one-man choir. He may not have been perfect, but he had perfect diction, and perfect pitch. He was a Dubliner, in the broad and narrow sense of the word. He was born in Ireland’s capital city and he was one of the leading lights of the legendary folk group named after that city. If you’re too young to remember him, think of him as a sort of Christy Moore, but with a banjo, and more hair

Kelly’s date of birth is disputed, his birth certificate apparently claims he was born on 16 December. His mother always insisted that was a mistake and the family celebrated his birthday on 16 November. He came from a working-class background and it was his father, also called Luke, who gave him an early love of music. Kelly was largely self-taught, though he left schools at the age of thirteen he was a voracious reader. He emigrated to England in the late 1950s, lost at least one job when he demanded higher wages, and developed the socialist principles that he never abandoned during his short life. His political convictions helped to inform much of the Dubliner’s repertoire and he was also a vocal supporter of the Irish Traveller Movement and a variety of left-wing causes.

He returned to Ireland in the 1960s an accomplished banjo player, albeit an imitator of the styles of Pete Seeger and Tommy Makem. Although the 60s are noted for the inexorable rise of rock and roll, the folk music scene was also expanding and Kelly decided to try his luck with the ‘ballad boom’. Centered around venues like the Abbey Tavern in Howth and O’Donoghues Pub in Merrion Row, singers and musicians like Ronnie Drew, the Fureys, and Andy Irvine were beginning to shine, and to thrive. The Dubliners began life as The Ronnie Drew Ballad Group—legend has it that for one gig they were even billed as the Ronnie Drew Ballet Group—but they became the Dubliners after the inclusion of Ciaran Bourke and Barney McKenna, and later John Sheahan. The group appears to owe its name to the fact that Kelly was, at the time, reading James Joyce’s famous volume of short stories. Would musical history have been very different had he been reading Jane Austen? We shall never know.

When you have heard Kelly singing certain songs you just couldn’t be bothered ever listening to anyone else singing them again. Even a Scottish song like Peggy Gordon, included in his repertoire in deference to his Scottish grandmother, can hardly be improved on after getting the Kelly treatment. The same goes for the great American socialist anthem, Joe Hill, which Kelly rendered with the utter conviction of a former member of the Young Communist League. I defy anyone to nominate a better version of Raglan Road than Kelly’s (though Glen Hansard comes close). When Patrick Kavanagh heard Kelly sing he urged him to put the poem to music—an old Irish folk song called The Dawning of the Day— and to record it. Thankfully Kelly didn’t just ignore the normally irascible poet.

In his relatively brief career he, and his fellow Dubliners, did it all, Top of the Pops, the Ed Sullivan Show, world tours, getting Seven Drunken Nightsbanned by the BBC, Kelly himself even played Herod in a Dublin production of Jesus Christ Superstar. When Phil Coulter briefly became the Dubliners’ manager his collaboration with Kelly produced two of their most memorable songs, The Town I Loved So Well and Scorn Not His Simplicity.

His life was tragically cut short by a series of illnesses, to which he greatly contributed by consuming copious amounts of alcohol. In that respect he didn’t differ from his fellow band members, but somehow the raucous lifestyle didn’t have quite as adverse an effect on the constitutions of the other Dubliners as it seemed to do on Kelly.

Luke Kelly was born seventy-nine years ago, on this day. 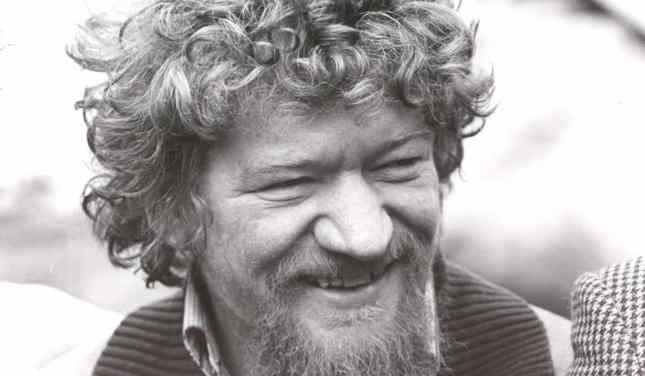