His humour was decidedly ‘Swiftian’ – which is fair enough really because he was Jonathan Swift. He is one of those rarities in the literary world who has a writing style or an entire genre named after them – think ‘Kafkaesque’ and ‘Orwellian’. Then there is that other validation. The one that drives Irish people mad. That’s when he’s described as an ‘English’ or ‘Anglo-Irish’ writer. Swift was born in Dublin, died in Dublin, was educated in Ireland and spent most of his life here. Yes, he spent some years living in England, but his main connection with that entity was his wonderfully satiric use of their language, often employed to tear strips off them.

By 1700 Swift, a clergyman who catered for the dozen or so parishioners of the Church of Ireland parish of Laracor in Co. Meath, had plenty of time on his hands to indulge in his hobbies of writing and gardening. His interest in the latter resulted in no tangible legacy, but his abilities as a satirist got him into just the right amount of trouble. Let’s face it if you are writing satire and no one is offended then you can’t be very good. When he was appointed to the Deanery of St. Patrick’s Cathedral in 1713—one of the few meaningful positions to which his enemies in England could not prevent his accession—Swift devoted his pen to a number of Irish causes. He used a variety of pseudonyms to write a series of political pamphlets, satirical essays and allegorical tales, the most famous of the latter being Travels into Several Remote Nations of the World, in Four Parts by Lemuel Gulliver, better known to us as Gulliver’s Travels. Most of what happens in Gulliver’s Travelsrefers to political controversies of Swift’s day. The version read to children bears little or no resemblance to the Swiftian original. This includes a scathing reference to the politics of the day when Gulliver discovers that in the land of Lilliput the main difference between the two dominant political factions is controversy over which end of their breakfast boiled eggs to lop off. The dispute had already resulted in eleven thousand executions.

Swift’s most ‘Irish’ philippic is undoubtedly his A Modest Proposal for Preventing the Children of Poor People in Ireland Being a Burden on their Parents or Country and for Making them Beneficial to the Publick—it wouldn’t go down well as a title today. In A Modest Proposalhe suggests that the Irish poor could make ends meet by raising their children as livestock and selling them to the rich, to be eaten as a delicacy. With anyone else it would be blatantly satirical, but with a misanthrope like Swift there is always a 1% chance that he meant it to be taken literally. 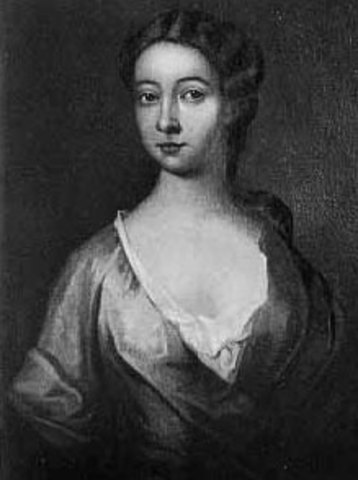 A lot of prurient curiosity surrounds Swift’s relationships with two women. The first was Esther Johnston. Swift had met her in England when she was eight, and he was her twenty-one year old tutor. He called her ‘Stella’ and in 1702, by which time she was twenty years of age, he brought her to Ireland. There were rumours that the two were lovers, even that they had secretly married. Certainly, Swift appears to have been extremely zealous in warding off Stella’s suitors. The second woman in question he also met in England, and her name too was Esther. Swift seems to have had a weakness for women of that name. She was Esther Vanhomrigh, daughter of a Dutch merchant family with property in Ireland and England. He gave her the nickname Vanessa. He corresponded frequently with both. Some of the letters to Johnston were published as Journal to Stella, while Vanhomrigh was the inspiration for the poem Cadenus and Vanessa– Cadenus being an anagram of the Latin word ‘decanus’ which means Dean. Need I say more? The poem popularised the, previously unknown, name Vanessa, something for which the Redgrave and Paradis families must be eternally grateful. When Swift returned to Ireland in 1714 Vanhomrigh followed him, living in the family home of Celbridge Abbey. Before she died, at the age of thirty-five in 1723, she and Swift had fallen out. There were, apparently, too many Esthers in the relationship. Five years later ‘Stella’ herself died, with Swift at her bedside.

The later years of Swift’s life were a constant struggle with mental illness. His father had died of venereal disease, and, although Swift never knew the man, one can surmise that congenital syphilis was the sole parental gift bestowed by Jonathan Swift senior on his son. Swift died in 1745 at the age of seventy-seven. Most of his fortune-a sum of £12,000—was left for the endowment of a hospital in Dublin for the mentally ill. St. Patrick’s, founded in 1757, is with us today.

Near Swift’s burial site in St. Patrick’s Cathedral is his epitaph, inscribed in Latin, and composed by the Dean himself. The most famous translation was provided by W.B.Yeats – it goes …

Swift has sailed into his rest;

Imitate him if you dare,

Jonathan Swift, Dean of St. Patricks Cathedral, satirist, poet, essayist and troublemaker, was born three hundred and fifty-one years ago, on this day. 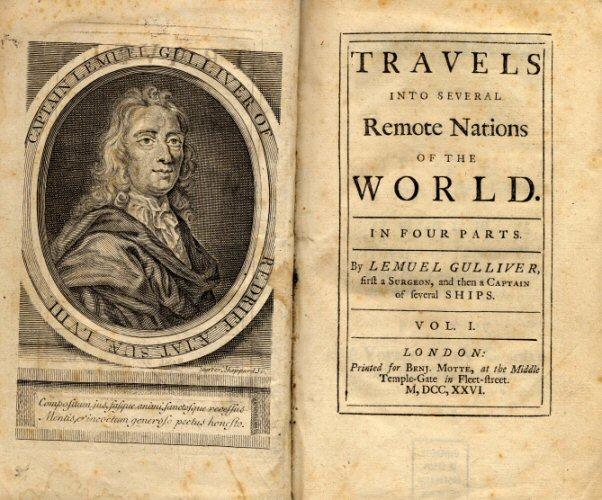