Oscar Wilde spent much of this week in 1895 trying, and failing, to stay out of jail.

The famous aesthete and dramatist once said, via one of his characters, that ‘there is only one thing in the world worse than being talked about, and that is not being talked about.’ While it might have been judicious in Chapter 1 of The Picture of Dorian Grey, by April 1895 the epigram had a hollow ring, as its author was being spoken about widely, for all the wrong reasons.

In the same volume he had written that, ‘destiny does not send us heralds. She is too wise or too cruel for that.’ That certainly proved to be the case for Wilde, whose life unravelled rapidly and unexpectedly after the Marquis of Queensberry, the father of his petulant and reckless lover Lord Alfred Douglas—aka Bosie—left a calling card at Wilde’s London club addressed to ‘Oscar Wilde, posing sodomite’. Queensberry, best known for having (supposedly) codified the rules of boxing, was removing his gloves in so doing. Because sodomy was a criminal offence, he was leaving himself open to a suit for criminal libel and a two-year jail sentence.

The note was the culmination of a series of confrontations between the Marquess, his son and the celebrated playwright. Most of Wilde’s friends urged him to let the matter lie and ignore the provocation. Bosie advised otherwise. He encouraged his lover to sue his father. Wilde decided to ignore wiser counsels and indulge the younger Douglas in an ongoing vendetta with his truculent parent. It would prove to be his undoing.

Queensberry played by his own rules in assembling his case against Wilde. These included the hiring of private detectives to delve into the playwright’s private life and the hiring of the distinguished barrister Edward Carson—like Wilde a Dubliner and a former Trinity College student,—to defend the Marquess against the defamation charge.

The cross-examination of Wilde was a Carsonian tour de force. He was pummelled, poked, prodded and provoked. Carson allowed Wilde to hang himself., with the witness coming across as arrogant and flippant in response to serious and potentially damaging questions.   Carson extracted an admission from the plaintiff that Wilde had lied about his age on oath, and a denial that he had kissed a particular servant boy. Wilde’s refutation did not help his cause one jot. He denied the allegation because, he declaimed glibly, ‘he was a particularly plain boy – unfortunately ugly.’

The defence case did not have to proceed any further than Carson’s opening statement, in which he revealed that Queensberry’s detectives had located a number of young men who were prepared to testify to having had sex with Wilde. The playwright dropped the prosecution, Queensberry was acquitted, Wilde was left to bear his antagonist’s costs, and went bankrupt.

On 26 April 1895, Wilde’s own prosecution for gross indecency under the Criminal Law Amendment Act of 1885, began. It arose directly from the Queensberry case and would end with a conviction, and a sentence of two years hard labour.  As Wilde put it himself in Dorian Grey, ‘behind every exquisite thing that existed, there was something tragic.’ 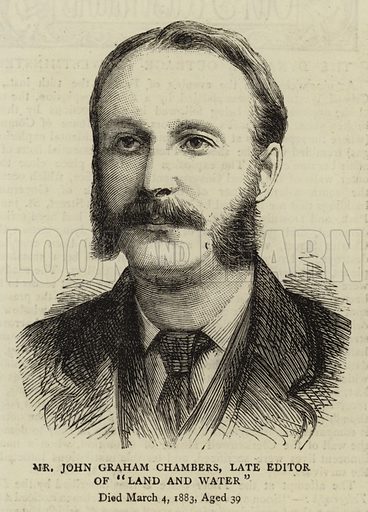 But as to that other question, was Wilde brought down by the man who devised the rules of boxing? You might think so, given that they are called the Queensberry rules. But, in fact, they were devised by a Welsh sportsman named John Graham Chambers—an accomplished oarsman who had rowed alongside Matthew Webb when that swimmer made the first crossing of the Channel in 1875. Chambers, persuaded Queensberry to lend his name to the new regulations in order to hasten their acceptance. The Marquis did none of the donkey work himself – so although he floored Wilde with a haymaker, that’s fake history.